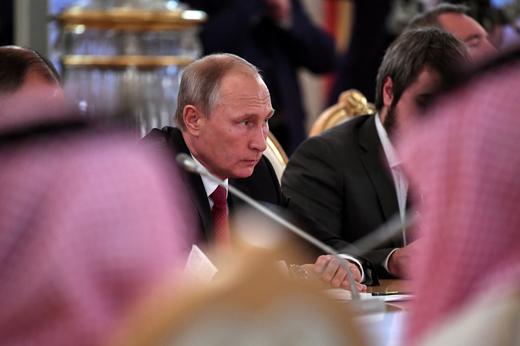 President Vladimir Putin has vowed to crack down on election violations ahead of next year’s presidential elections, after discrepancies were found in local elections in various regions last month. NATO has launched a new multinational force in Romania in response to a Russian presence in the Black Sea that has been growing since the 2014 annexation of Crimea. Russia is unlikely to agree with their statement: “Our purpose is peace, not war. We are not a threat for Russia.” In a controversial new paper, former Finance Minister Alexei Kudrin says Russia spent too much money on re-equipping its military. “It was exactly this outspoken criticism of Russia’s preference for military spending that got him sacked from his job as finance minister,” says the Moscow Times. The new head of the Academy of Sciences says science in Russia today is “in crisis”, as fewer Russian papers are being presented at international conferences, and fewer high-level publications are using Russian research.

Russian senators are pushing to have the number of US media outlets in the country reduced, in retaliation against the US’ request for Kremlin-backed RT to register as a foreign agent. The Justice Ministry has warned RFE/RL that it may face restrictions on some of its Russia and Ukraine-based operations. Rosneft is looking to boost its oil supplies to China, via Kazakhstan, by 8 million tonnes per year, which would likely put a strain on flows to Europe, says Reuters. The former Deputy Culture Minister has been sentenced to 1.5 years in prison for embezzlement. Russia is spending $53 million on an environmental protection fleet.

Russian state media oddly pushed a fake news article about a nonexistent hamburger celebrating Putin’s birthday in NYC. The Kremlin denies any involvement. The founder of the Moscow Times, Derek Sauer, spoke about his early childhood and first adventures as a journalist.

PHOTO: Russian President Vladimir Putin attends a meeting with Saudi Arabia’s King Salman (not in the picture) in the Kremlin in Moscow, Russia October 5, 2017. REUTERS/Yuri Kadobnov/Pool