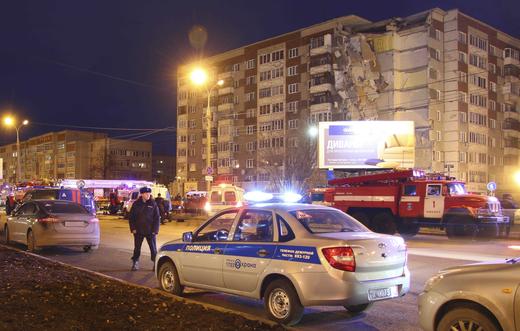 Vladimir Putin believes that allegations of a state-sponsored doping programme in Russia are an attempt to rock Russia’s boat ahead of its presidential elections next year by creating “the necessary conditions for discontent among sport lovers”. Putin and US President Donald Trump will meet today in Vietnam. Dmitry Buchenkov, who was accused of being involved in clashes with police at the Bolotnaya Square protests in 2012, has fled Russia ahead of his trial, after being transferred from pretrial detention to house arrest; another man charged at the same protest was given a 30-month sentence. Twitter apparently has agreed to store the personal data of its Russian users on Russia-based servers by the middle of next year, in order to avoid being banned. Kremlin-backed television channel RT says it will meet US demands to register its American division as a foreign agent, and saying that it does not want to put its employees in danger of arrest. A Moscow court has ordered the seizure of money and assets belonging to director Kirill Serebrennikov as part of the embezzlement case against him which many see as politically motivated. Novaya Gazeta and the Committee for the Prevention of Torture have won this year’s Andrei Sakharov Liberty Prize, which will be presented later this month. A young man who killed himself in Nizhnekamsk last month left a video alleging abuse in custody of local police.

The World Bank’s Doing Business survey, in which Russia performed quite well this year, does not use indicators relevant to foreigners doing business in Russia, claims this piece. VTB has written off its 9.9% stake in Otkritie, the holding company that was bailed out this summer, and does not expect to suffer any further damages. The state-owned Far East Development Fund is in talks with China National Gold Group to create a $1 billion joint mining venture. Russian tourism has recovered its pre-crisis peak. The head of Russia’s Anti-Monopoly Service in Crimea has been found dead, with suicide being investigated as the cause of death. A Crimean journalist who was barred from attending an OSCE conference on freedom of the media says Europe is just not prepared to hear the truth about Crimea. TASS has a transcript of Vladimir Putin’s speech for this weekend’s APEC forum (basically, economic and territorial integration and free trade).

Russian senators say the US is ignoring reports which prove that stories about “Russian hackers” last year were made up. Bloomberg calls Mexico Russia’s next electoral target. Showcasing a view that appears to be quite popular in Russia, director Andrei Konchalovsky played down the allegations against Hollywood producer Harvey Weinstein, commenting that “As far as sexual harassment is concerned, […] the whole world has always been built on it”.

PHOTO: A general view shows a damaged apartment block after its part collapsed in the town of Izhevsk, Russia November 9, 2017. (STRINGER via REUTERS)