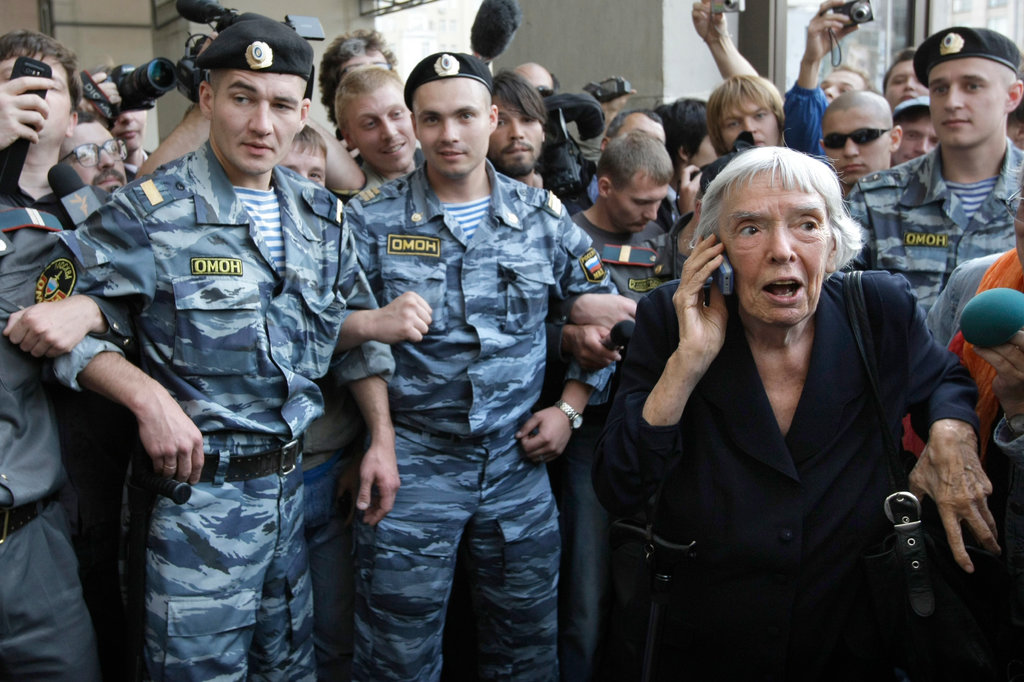 Veteran human rights activist Lyudmila M. Alexeyeva has died in Moscow aged 91. Born in Crimea, Alexeyeva spent 50 years in opposition movements, calling herself the grandmother of Russia’s human rights movement, and attended her last protest about 8 years ago. Although critical of Vladimir Putin’s government, she believed that Russia could only achieve better rule by strengthening civil society. Alexeyeva founded the Moscow Helsinki Group in 1976 to hold the Soviet government accountable for its promises, and was a member of a Kremlin human rights council for ten years. She was 25 years old when Stalin died. She is remembered for her courage, commitment, and as a “giant” of human rights. Hundreds of people protested in Kazan against the “lawlessness” of local authorities. Moscow’s City Court has cut in half the sentence handed to 77-year-old activist Lev Ponomaryov, saying it was too harsh. Alexei Navalny’s “Smart Vote” project to dislodge United Russia candidates is being blocked by internet service providers, because of apparent issues with its user agreement.

Russia has surpassed the UK as the number 2 leader in global arms sales, with $37.7 billion (the US is number one with $222.6 billion). Russia’s climbing up the list is apparently due to an increase in domestic spending. OPEC and allies including Russia finalised their oil production cut last week. Russia and three other top oil producers threw spanners into the works during the UN climate conference this weekend. France is investigating the possibility that Russian interference prompted its Yellow Vest protests.

Katerina Tikhonova, the woman widely assumed to be Putin’s daughter although he has never acknowledged her as such, appeared in a television interview last week talking about her scientific institute. Nina Khrushcheva analysed the appearance, saying it was designed “to show that his girl, his family, is putting a stamp on the future, on science, on the future of Russia.” The BBC reports on the Kremlin’s cultural war against popular music.

PHOTO: Lyudmila Alexeyeva, right, talking on a cellphone in front of riot police at an unsanctioned anti-Kremlin protest in Moscow in 2009. (Misha Japaridze/Associated Press, via New York Times )