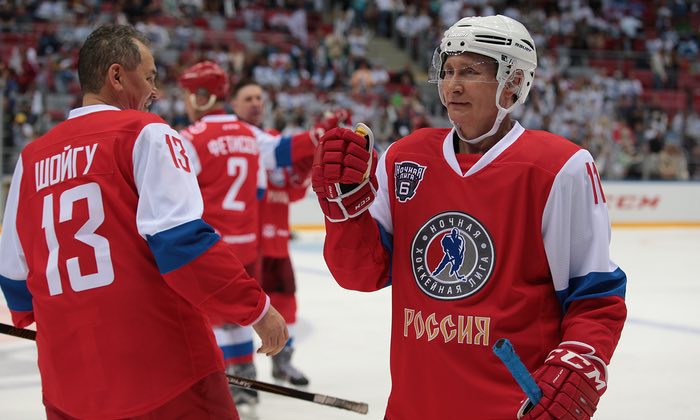 Former FBI director James Comey apparently asked for a significant increase in resources for the bureau’s investigation of Russia’s interference in the US presidential elections just days before he was fired. Kremlin spokesman Dmitry Peskov says he hopes Comey’s firing will not affect US-Russia ties, deeming it “an absolutely internal affair”. Putin reiterated the comment, saying Russia had “nothing to do with” the firing, and proceeded to score six goals in a gala hockey match in Sochi. Foreign Minister Sergei Lavrov visited the US for the first time in four years. Asked whether Comey’s sacking would affect his meeting with US Secretary of State Rex Tillerson, Lavrov responded, “Was he fired? You’re kidding. You’re kidding.” Lavrov also made sardonic comments regarding Russia’s rumoured control of US domestic policy, and praised US President Donald Trump for being “businesslike” and keen to “obtain results”. Trump urged Lavrov to “rein in” Syrian President Bashar al-Assad during their meeting. Over in Lithuania, US Defence Secretary Jim Mattis criticised Russia’s “destabilising” military buildup in the Baltics, and said that the US is considering deploying Patriot missiles in retaliation. It seems that Sergei Kiriyenko, Putin’s designated agent of his re-election win next year, may use some Trump tactics (microtargeting) to win voters over.

Rosneft executive bonuses saw a 9,900% rise for the first quarter of 2017, with individual bonuses of $25.8 million – more than half of the total executive bonuses received in 2016. The payoffs are reportedly linked to last year’s successful privatisation of Bashneft. Prime Minister Dmitry Medvedev says he can’t get Russia’s minimum wage up to the minimum subsistence level for another two years. President Putin has imposed a period of tighter restrictions on street demonstrations, for six weeks beginning next month, as part of security measures in advance of upcoming football tournaments. The measure is likely to hamper opposition leader Alexei Navalny’s plans to hold more nationwide rallies on June 12.  The European Bank of Reconstruction and Development rejected Russia’s complaint that its investment freeze had breached international EBRD rules.

Leonid Bershidsky exposes some eye-opening World War II data, to contrast with the 800,000 people who marched for Victory Day in Moscow alone – according to the Immortal Regiment movement, the Soviet Union’s wartime losses were 42 million, not the officially recognised 27 million. A ceremony was held in Prague to launch the Boris Nemtsov Centre for the Study of Russia. The New York Times shines a spotlight on zelyonka, the green antiseptic dye that has been used in several attacks on members of the Russian political opposition in recent months.