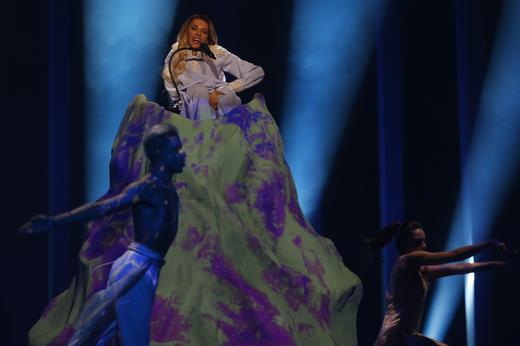 Foreign Minister Sergei Lavrov says Russia remains committed to the Iran nuclear deal despite the US’ withdrawal announcement, and is working with Germany to preserve it; President Vladimir Putin and his Turkish counterpart also agreed to coordinate their actions on the deal. Kremlin spokesman Dmitry Peskov said the withdrawal is a cover for “protectionism in disguise” because it goes against WTO rules. Oleg Deripaska, the oligarch targeted under the most recent slew of US sanctions, has handed back three of the private jets he was leasing, “an indication of how deeply the sanctions have affected Deripaska’s business empire”. The latest from Russia on the US sanctions is that they were “precipitated by a trivial desire to get even with Russia over the failed missile attack on Syria”. Following a meeting with President Vladimir Putin, despite Moscow’s earlier condemnation of an Israeli strike earlier this month, Prime Minister Benjamin Netanyahu said that Russia was unlikely to attempt to limit Israel’s military actions in Syria. Russia is calling on Iran and Israel to show restraint in their current interactions.

The Justice Ministry’s annual report says that Russia has been blacklisting NGOs at a progressively slower rate since the “foreign agents” law’s initial implementation. The pro-Kremlin United Russia party is proposing stronger laws to crack down on political dissent following this week’s nationwide anti-Putin protests, including a measure to punish the guardians of minors involved in unsanctioned protests. A new poll released by the Russian Public Opinion Research Centre found 81.2% approval for Putin this week, and 44.7% for Prime Minister Dmitry Medvedev. This piece charts the Kremlin’s co-opting of the Immortal Regiment marches, seeking to make use of Russia’s World War II victory as “a cornerstone of its argument that Russia deserves to be a world power”. Qatar told Rosneft it would not increase its stake until it was getting higher returns, apparently triggering the company’s latest share buyback scheme, a significant shift in strategy.

A request from the former director of the Gogol Theatre to be transferred from detention to house arrest has been rejected; although doctors say Aleksei Malobrodsky needs hospital care. Kirill Serebrennikov, also a former Gogol Theatre employee who is now under house arrest, was absent from the Cannes celebration of the film he directed. Putin only managed to score 5 of his team’s 12 goals during an exhibition ice hockey game yesterday.

PHOTO: Russia’s Julia Samoylova performs “I Won’t Break” during the EuroVision Semi-Final 2, for which Russia was not a qualifier. May 10, 2018. (REUTERS/Pedro Nunes)