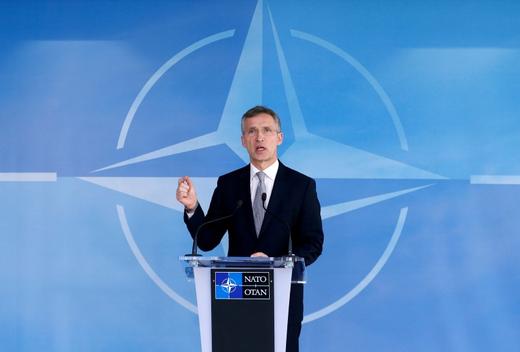 Commenting on a NATO summit held in Warsaw over the weekend, in which the alliance decided to deploy 4,000 more international troops in Eastern Europe, the Foreign Ministry evaluated NATO’s current focus as an attempt to contain a non-existent threat.  The German Foreign Minister says NATO needs to balance its show of force with reassurances to Russia to avoid a Cold War scenario.  Former Soviet leader Mikhail Gorbachev went a step further, accusing NATO of plotting for ‘offensive operations’ against Russia and ‘escalating the Cold War into a hot one’.  The Guardian reminds everyone that Russia’s invasion of Ukraine in 2014 ‘has dramatically modified the strategic landscape’ for NATO.  President Vladimir Putin is now in talks with German Chancellor Angela Merkel regarding the ‘provocative nature’ of Ukraine’s current military operations in the Donbass region.  Canadian Prime Minister Justin Trudeau says a display of force from NATO is essential to send a clear message to Russia about its ‘illegitimate’ actions.

The European Bank for Reconstruction and Development (EBRD) revealed that it received a letter from Russia questioning its internal procedures, part of its efforts to overturn the two-year ban on Russian lending.  Two US diplomats were expelled from Moscow, in a tit-for-tat move connected with a peculiar incident in early June in which a Russian policeman attacked one of the diplomats near the embassy in Moscow.  A US pastor has been detained during a visit to an LGBT community center in Samara, fined, and given five days to leave the country; his lawyer says his ‘religious activities’ violated the terms of his visa.  Mormon missionaries will remain in Russia despite restrictions under the new anti-terrorism law that will affect their religious practices.  Roskomnadzor is blocking websites that are calling for a boycott of the upcoming Duma elections.

A package of loans from China to Mongolia worth $1 billion is being held up by Russia’s concerns that the planned Egiin Gol Hydro Power Plant in northern Mongolia could be a potential threat to Lake Baikal, which is downstream.