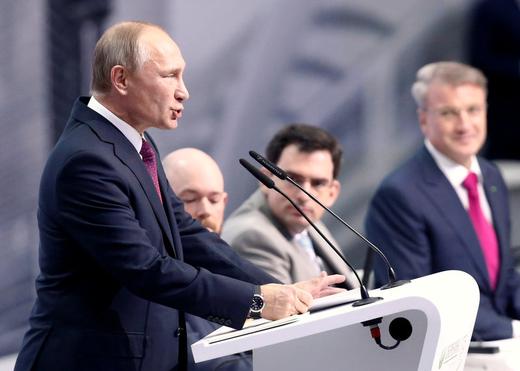 Deputy Foreign Minister Sergei Ryabkov has revealed that ‘quite a few’ Kremlin officials had contact with Donald Trump’s presidential campaign prior to the US election; a claim which the Trump campaign had previously denied, and continues to deny.  Ryabkov also poured a fair amount of cold water over yesterday’s positivity from Vladimir Putin, saying that Russia feels no ‘euphoria’ about Trump’s win. ‘I have to say that the positions on Russia voiced by members of the Trump campaign and people from his entourage were quite tough. And we didn’t see any grounds to somehow review our opinion that the election campaign in the US in fact saw a bipartisan anti-Russian consensus.’  Kremlin spokesman Dmitry Peskov said a Trump presidency was no cause for ‘excessive optimism’, given that relations with the US ‘are at the lowest point in decades’; he did however describe Trump and Putin as ‘very much alike’ in their worldview, and that they have a ‘phenomenally close’ approach to foreign policy.  Russian hacking group Fancy Bear has been accused of hacking US-based policy think thanks within hours of news of the Trump result, in a bid to uncover clues about the incoming administration.  Vitaly Milonov, the author of St. Petersburg’s law against ‘gay propaganda’, says he feels a ‘spiritual intimacy’ with Trump.

A Moscow court has upheld an earlier decision to block the social networking website LinkedIn, with the ban expected to come into force by next week.  Russia and Israel found common ground in their efforts against global terrorism; Prime Minster Dmitry Medvedev spoke with Benjamin Netanyahu about their need to join forces to fight terror.  State development bank VEB is anticipating that, with difficulty, it will pay back its outstanding debt of $3.9 billion next year.  The Supreme Court will consider an appeal against the sentence of activist Ildar Dadin, who is currently serving three years in a penal colony for repeated attendance at protests.

Yelena Isinbaeva, the Olympic pole vaulting champion, has registered as one of four presidential candidates for the All-Russian Athletics Federation.  Vladimir Putin is ordering the Kremlin to find ways of tightening anti-doping controls in Russian sport.