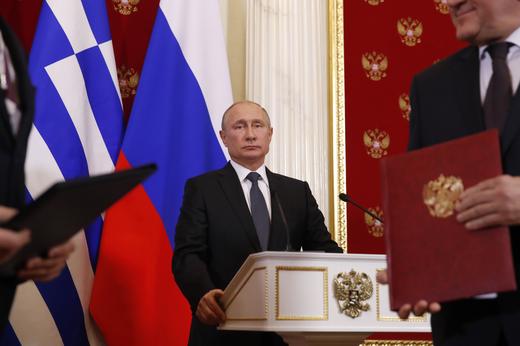 US Secretary of State Mike Pompeo criticised the Kremlin following the arrival of two military bombers in Venezuela. (“An unusual display of Russian military force in South America,” said RFE/RL.) A top US energy diplomat has ramped up criticism of the Nord Stream 2 pipeline, saying it will increase Russia’s power over the West and force Ukraine out of Europe. The European Union has sanctioned nine individuals related to the elections held in eastern Ukraine last month, but no measures are on the cards in response to the Kerch Strait incident earlier this month. Ukrainian President Petro Poroshenko has signed a bill that terminates Ukraine’s friendship with Russia. The US is further delaying its sanctions against Rusal, over the possibility that the company will be able to strike a deal that will make them unnecessary.

Having acquired a number of smaller banks this year, state giant VTB will focus on organic growth for the next three years. Metals and mining company Norilsk Nickel is planning an “unprecedented” $12 billion worth of investment over the next five years to boost production volumes. Russia’s average monthly pension is just 14,144 rubles ($213). The Federal Antimonopoly Service is investigating the company that supplies food products to the National Guard, after Alexei Navalny’s Anti-Corruption Foundation made allegations of purchases made at inflated prices.

Maria Butina, the Russian woman accused of spying for Russia in Washington, is expected to plead guilty to charges of trying to infiltrate the NRA. The new plea (she had previously pleaded guilty) is part of a deal between her lawyers and US prosecutors.