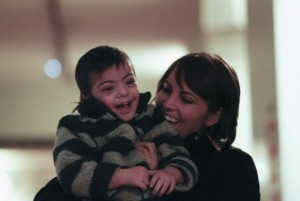 The U.S. is urging Russia to lift the current ban against all American meat imports, saying that it ‘raises questions about its commitment to the global trading system’, as the Russian consumer safety watchdog said that the ban is likely to be ‘long term’.  The Kremlin has added blog-hosting site LJRossia.org to its official Internet blacklist; the site hosts blogs by two particularly critical and anti-Kremlin journalists, Andrei Malgin and Vladimir Pribylovsky.  The death toll for the blast at the Vorkutinsky coal mine in Vorkuta has reached 18.  Two high-ranking Skolkovo officials are suspected of embezzling $800,000, says the Investigative Committee, which has also newly opened a probe against Novaya Gazeta reporter Irek Murtazin, over claims that he may have revealed secret details of the investigation against Alexei Navalny.  Gennady Gudkov’s Supreme Court hearing over his losing his Duma seat last year has begun, hearing him accuse the body of having turned into ‘an instrument for settling political scores’.  Interior Minister Vladimir Kolokoltsev’s suggestion that Russia bring back the death penalty has met with criticism from human rights activists and government officials.

The Kremlin is challenging the European Court of Human Rights’ ruling that there were procedural violations in the trial of former Yukos security chief Alexei Pichugin.  A Moldovan bank is under investigation for alleged involvement in the money-laundering scheme connected to the fraud case that Sergei Magnitsky was investigating before he died.  In order to finance the second part of its acquisition of TNK-BP, Rosneft is raising $14.2 billion of loans.  Nashi is to be split up and re-organised into several new projects under the name the All-Russian Youth Society.

Vladimir Ryzhkov criticises new anti-gay legislation, and accuses the Putin regime of ‘deliberately playing to the primitive stereotypes, ignorance and hatred of the conservative majority’.  Bruce Missamore calls for the rule of law: ‘The growth that has occurred in Russia in the past 10 years is not because of Putin. It is despite him.’

The Russian Union of Journalists has responded to comments by the communications minister, who said that a journalist should ‘make profit for those who hired him’, rather than ‘mak[e] the world better’. The Union called his comments ‘an old trick in political technology’ aimed at ‘downgrading’ the social role of journalists.  Masha Gessen has responded with a piece in the New York Times, calling the minister’s opinion ‘particularly shortsighted’.  Former Gazprom chief Rem Vyakhirev has died, aged 78.

PHOTO: Rebecca Preece (R) holds her newly adopted 4-year-old son Gabriel Artur as they walk in a hotel corridor in Moscow February 11, 2013. After a nerve-wracking month in Moscow, fearing their adoption bids might be foiled by a diplomatic spat, two U.S. families are now able to take their adopted Russian children home. REUTERS/Mikhail Voskresensky