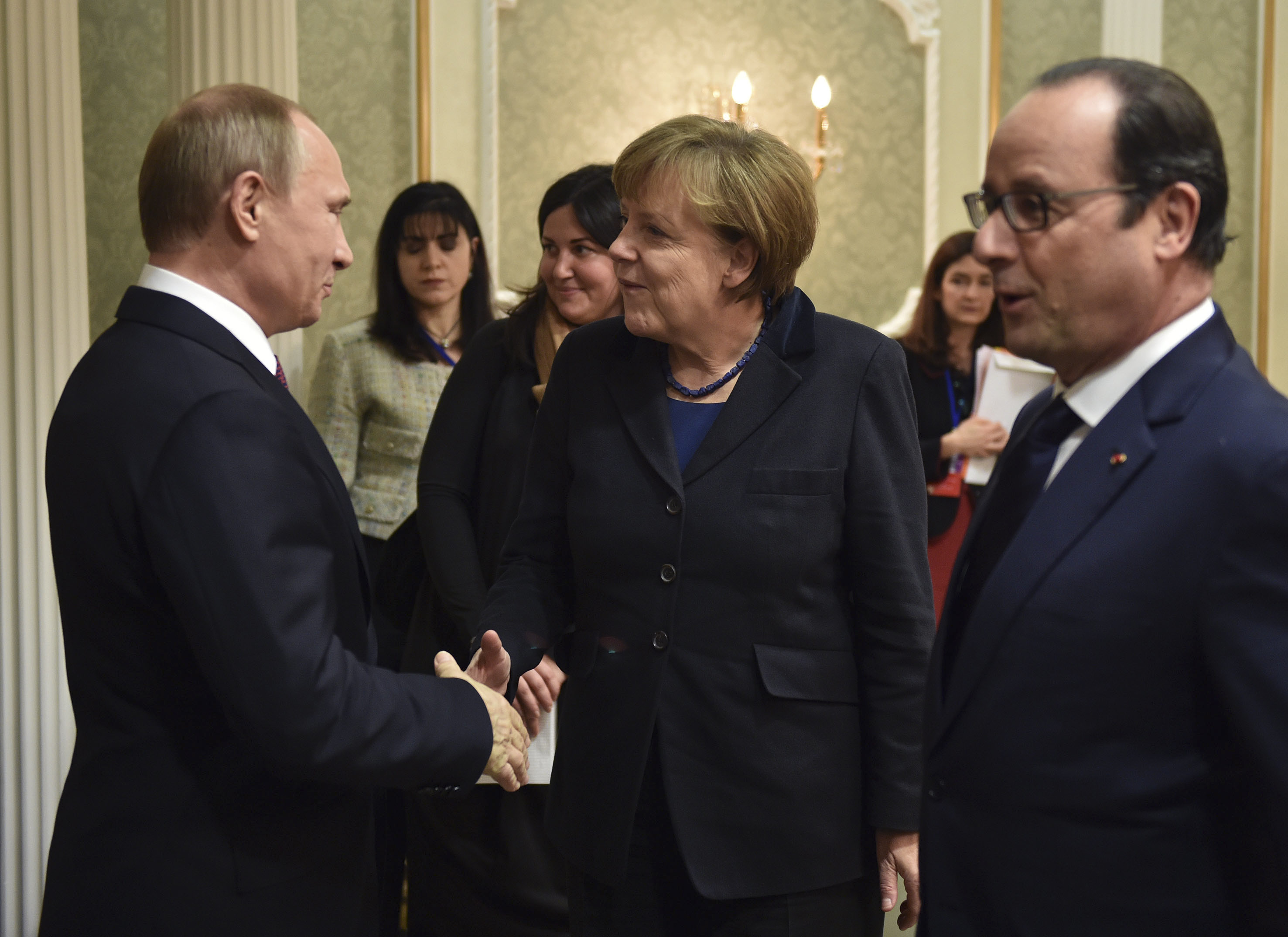 The leaders of Russia, Ukraine, Germany and France will sign a document following ten hours of late-night and early morning talks in Minsk on solving the Ukraine conflict, a source told Reuters, without provide any details about the document’s contents.  ‘Everybody is yawning but they are still arguing.’ The ‘Normandy 4’, as they are being called by some, were snapped candidly by the Washington Post, emphasising the meeting’s seemingly ‘awkward’ tenor, particularly between President Vladimir Putin and his Ukrainian counterpart, Petro Poroshenko.  Poroshenko said there was a risk of the Ukraine violence spiraling ‘out of control’ if talks did not lead to a ceasefire.  Most European countries oppose the U.S. supplying weapons to Ukraine because it increases direct retaliatory involvement from Russia.  The International Institute for Strategic Studies (IISS) agrees that any U.S. weapons supplied to Ukraine would only be matched by Russian arms, and warned that the ‘hybrid warfare’ used by Russia in Ukraine could inspire other NATO adversaries to follow suit.

Foreign Minister Sergei Lavrov praised Greece for understanding the counter-productive nature of sanctions, and indicated that any Greek requests for financial aid would be considered by Russia; Greece says that Russia has already offered economic support.  Egypt is sending a delegation to Moscow for negotiations on an exemption from wheat export tariffs.  Capital flight is currently taking the form of a brain drain of entrepreneurs, threatening the long-term health of the economy.  Rosneft has been ordered to pay an unspecified amount of damages to Yukos (possibly around the $300 million mark) for losses accrued during the liquidation of one of Yukos’ foreign subsidiaries.  The Natural Resources and Environment Minister believes that moths may have been smuggled into Sochi to wreak havoc on the region’s environment.

Security Council Secretary Nikolai Patrushev, one of Vladimir Putin’s top advisors, has accused the U.S. of trying to repress ‘and ultimately dismember’ Russia by orchestrating events in Ukraine, and also of ‘seeding conflict’ around the world more generally as a bid for power.