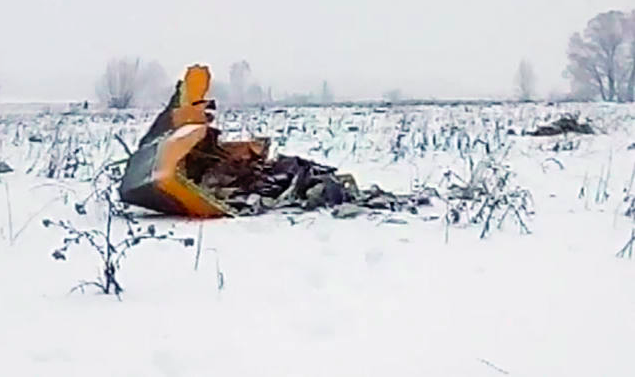 Moscow authorities have declared today a day of mourning and canceled traditional Easter festivities after a passenger plane crashed shortly after take-off from Moscow’s Domodedovo airport, killing all 71 people on board. Causes being considered include weather conditions, human error, and maintenance; the Russian-made plane was 7 years old. Difficult conditions at the site mean the recovery operation could take a week. President Vladmir Putin has postponed his working trip to Sochi in order to coordinate a special commission to investigate the crash.  Communications watchdog Roskomnadzor is taking steps to block access to the investigation published online by opposition leader Alexei Navalny that alleged ties between billionaire Oleg Deripaska and Deputy Prime Minister Sergei Prikhodko. It ruled that the report contains prohibited information, and if the Anti-Corruption Foundation does not remove the material, it will be blocked. Muscovites knew exactly how to inspire their slow-moving local authorities to action in clearing snowbanks – they spray-painted them with Navalny’s name. “Navalny said his “jaw dropped” when he saw the success of the ploy.” The fortune of Severstal owner Alexei Mordashov, the richest man in Russia, would be enough to sustain Russia’s entire budget for 2 weeks.

Part of the work to reinvigorate Russia’s educational system is done by oligarchs, who are building elite schools using top international schools as models; Bloomberg focuses in on the $200 million Letovo project backed by Ros Agro founder Vadim Moshkovich. OPEC’s worst nightmare may be coming to pass: “rising crude prices are spurring a US production revival”, with US crude production coming close to Russia’s levels. Gazprom has warned that Europe will face increased gas prices and a potential shortage if it doesn’t increase its imports form Russia, alleging that it has miscalculated how much it will need.

Engineers at a top nuclear research facility have been detained for attempting to mine bitcoin on company computers. How Russia turned its back on human rights.

PHOTO: Wreckage of an Antonov AN-148 plane in Stepanovskoye village, about 25 miles from Domodedovo airport, February 11, 2018. (AP)