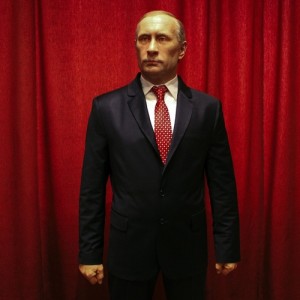 Opposition politician Alexei Navalny intends to file a lawsuit against state-owned television and radio company VGTRK over the film ‘The Browder Effect’ which suggests that he and fellow Kremlin foe, investor William Browder, are CIA ‘agents Freedom and Salomon’.  Supporters of the two have lambasted the film for the risible inaccuracy of some of its claims.  A video from Mikhail Khodorkovsky’s Open Russia foundation indicates that the purpose of Putin’s new national guard is not to suppress terrorists but rather activists.  Russia plans to look into France’s alleged decision to freeze around $1 billion of assets, including money owed to state-run space Roscosmos, as part of the $50 billion ECHR-ordered award against the Kremlin for dismembering oil company Yukos.  Foreign Minister Sergey Lavrov says that the murder of opposition leader Boris Nemtsov last year should not be linked with his book exposing the extent of Russian involvement in the Ukraine crisis.  The Foreign Minister claims Moscow never concealed the involvement of Russian citizens.

The breakaway Georgian region of South Ossetia is considering dates for a constitutional referendum, the results of which would make it easier for the region to become part of Russia.  The rebound in oil prices and the ruble has reportedly reignited interest in investing in Russia.  Rosneft has also benefited from the increase in oil prices to overtake Gazprom and become Russia’s most valuable company; it also has growing free cash flow to thank for it.  Moscow has reportedly begun delivering S-300 air defense missile systems to Iran.  In the region of Stavropol, close to the North Caucasus, three suicide bombers have carried out explosions which killed them and no one else.

Vladimir Putin has become the first foreigner to be cast in wax at a museum in the Serbian town of Jagodina – an honour bestowed upon him since ‘around 75 percent of Serb citizens respect Putin and Russia’.  Bloomberg considers how far his influence is spreading in the Balkan state.