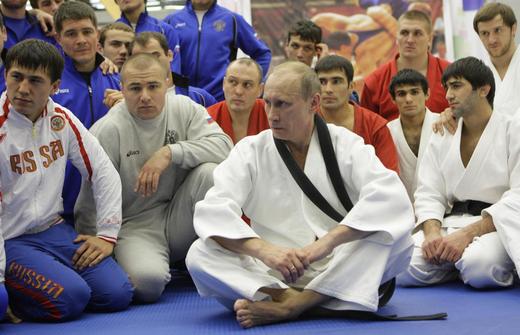 The US will switch on its controversial European missile defence system today which, it says, will allow it to protect NATO forces in Europe, despite Russia’s perception of the shield as a direct threat to its nuclear deterrence capabilities.  The Foreign Ministry says the ‘harmful and mistaken’ activation of the missile shield constitutes a violation of a 1987 treaty on nuclear forces.  Russia responded angrily to Georgia’s commencing two weeks of military exercises with the US, calling it ‘a provocative step’.  The Prosecutor General is asking two state-owned companies to provide information about possible illegal actions by opposition leader and anti-corruption campaigner Alexei Navalny (this is of course not the first Navalny probe, and it is worth noting that he has been a vocal critic of state oil giant Rosneft as a corrupt entity).  The Interior Ministry has launched a criminal case into RosBusinessConsulting (RBC), the media holding owned by billionaire Mikhail Prokhorov, following claims that shareholders were deprived of their stock (RBC was the first media outlet to write about Katerina Tikhonova, the alleged daughter of Vladimir Putin, and more recently was accused of helping the US with its coverage of the Panama Papers leak, notes RFE/RL).

The European Bank for Reconstruction and Development’s (EBRD) freeze on loans to Russia has drawn the ire of Deputy Finance Minister Sergei Storchak, who called it ‘politicised’ and ‘discriminatory’.  The first presidential economic council in three years will convene at the end of this month in a bid to achieve 4% stable annual growth before the decade is out.  President Vladimir Putin praised the final electricity line from Russia to Crimea as putting an end to the energy blockage he accused Kiev of starting on the peninsula. Gazprom’s natural gas deliveries to Germany increased by 19% in the first four months of the year; Azerbaijan may double its current volume of Gazprom gas.  The FT argues that the two large loans from China to Russia for the development of the Yamal LNG venture in the Arctic are ‘unlikely to herald a rush of similar Sino-Russian energy deals’.

President Vladimir Putin made the latest show of his athletic prowess by joining an amateur ice hockey game earlier this week; a number of reports featured a photo of him falling on the ice, with The Guardian dubbing him ‘inaction man’ as a result.  Canadian Prime Minster Justin Trudeau politely declined Russia’s offer of help in combating wildfires in Alberta.  Putin responded to Russia’s own current wildfire situation in Siberia with a scolding of local officials.