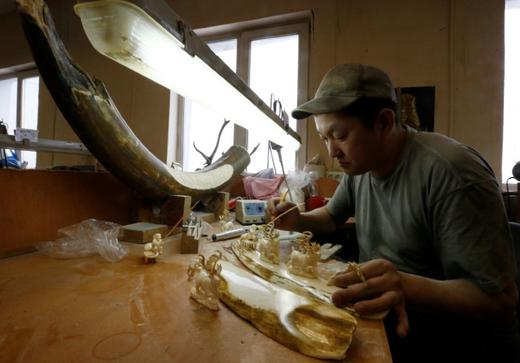 President Vladimir Putin issued an executive order yesterday demanding the government to implement new controls for online media and crack down on Internet anonymity, ostensibly to ensure the quality and reliability of publicly available information. This order is further to one issued earlier in the week which will see stricter restrictions and searches during protests. Russian YouTuber Ruslan Sokolovsky has been convicted for “inciting religious hatred” after uploading a video of himself playing Pokémon Go in a church, in response to a news report warning that people who did so could face fines or jail time. He was given a 3.5-year suspended sentence; he had been in detention since October. A blogger in the crowd that gathered to welcome him outside the courtroom commented, “the guy spent a lot of time in a temporary detention facility literally for thinking differently.” Five activists were detained in central Moscow yesterday for trying to take a petition to prosecutors to call for an official investigation into the alleged torture of gay people in Chechnya. State oil firm Rosneft’s momentous $12.9 billion acquisition of India’s Essar Oil is being delayed, as it has still not been approved by creditors. The Kremlin has interpreted this week’s meetings with the US presidential administration at the White House as a positive step towards a thaw in relations. But there is still a long way to go, notes the FT, between “mutual mistrust and contrasting objectives”.

US intelligence chiefs are expressing doubts about the safety of working with cybersecurity firm Kaspersky Labs because of its Russian roots, saying that they are concerned about a broad security threat. Kaspersky refutes the allegations, defending itself as a private company that does not collude with governments. Russia has restored access to Chinese social media app WeChat. Central Bank Governor Elvira Nabiullina says she prefers to cut interest rates in small and gradual steps. Kremlin chief propagandist Dmitry Kiselyov showed up on television with scratches all over his face, prompting some harsh Twitter jokes. Opposition leader Alexei Navalny has returned from Spain following his eye operation, and is back promoting next month’s anti-corruption rally.

Local government in Yakutia is keen to tap mammoth remains trapped in permafrost. Russia and Japan are natural allies, says the Moscow Times, because Japan is a potential key source for investment and technology for Russia, and Japan needs Russia in order to ensure security.