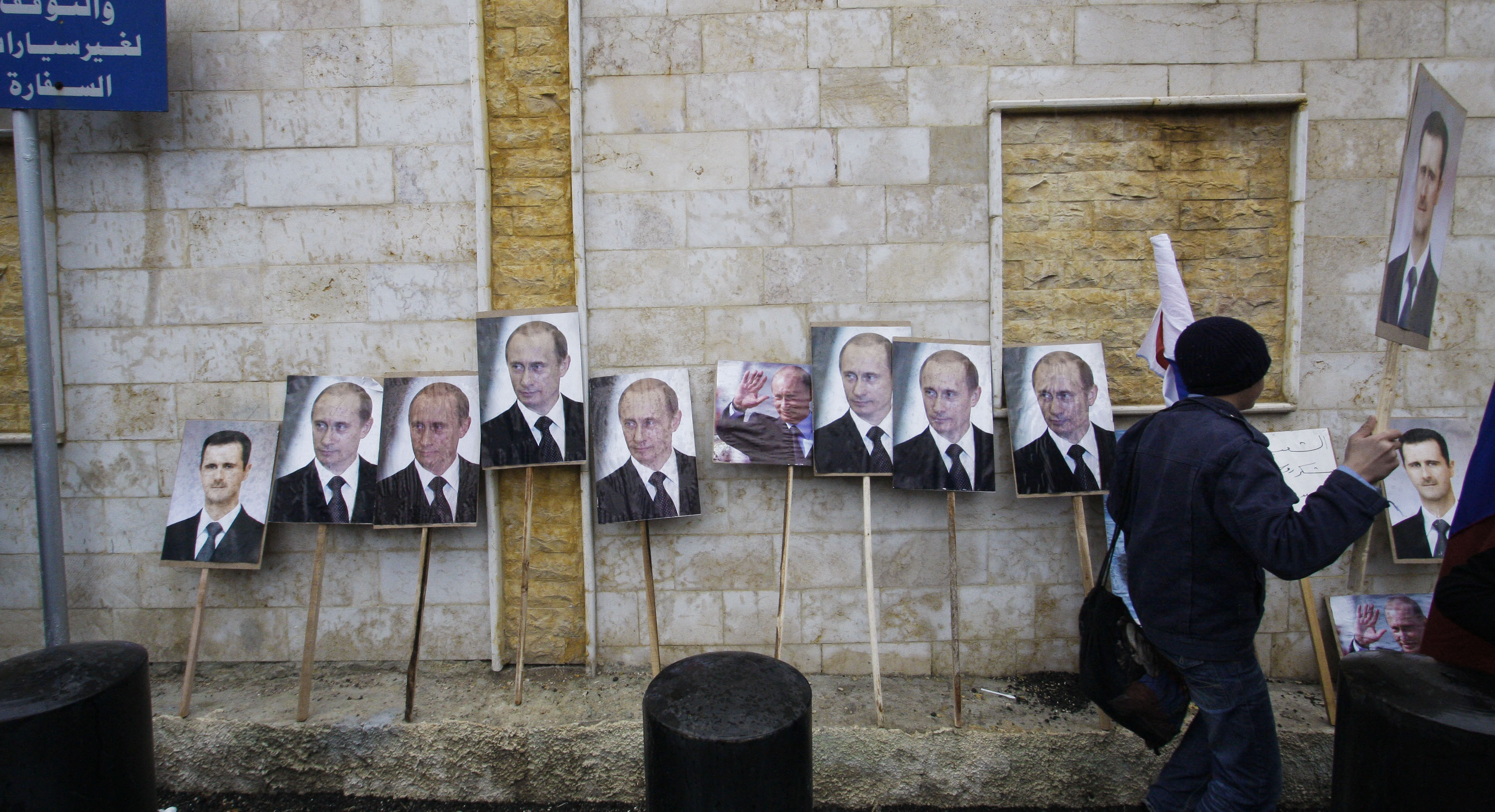 Russia looks to be headed for ‘a huge diplomatic coup’, as both Syria and the U.S. said they welcomed Russia’s ‘very specific’ plans to place Syria’s chemical weapons stockpile under international control, thereby putting U.S. military action on hold.  ‘We have seen more co-operation from Russia in the last two days than we have heard in the last two years.’  President Vladimir Putin added to Russia’s position as peacekeeper with an op-ed in the New York Times, in which he made a personal direct appeal to the American people to observe ‘international law’ by maintaining peace, and claiming that poison gas used in Syria was released not by Bashar al-Assad’s government, but by opposition forces, who aimed ‘to provoke intervention by their powerful foreign patrons’.  U.S. Senator John McCain commented, ‘If you’re sitting in Putin’s seat, I think you’re feeling pretty good today.’  Bloomberg looks at what Russia stands to gain – business-wise – from brokering a deal with Syria to give up chemical weapons, noting that chemical disarmament is a lucrative enterprise.  U.S. Secretary of State is to meet with Foreign Minister Sergei Lavrov in Geneva today to smooth out differences over how a disarmament plan should be implemented.

Moscow mayoral hopeful, Alexei Navalny, who lost the mayoral race over the weekend but refuses to accept the results, is planning to submit 951 separate complaints of voting violations to Moscow’s City Elections Commission. ‘There’s about 50,000 pages here, we’ll have to bring it in a truck,’ he said.  According to a Human Rights Watch report spanning six cities, Russia’s disabled population faces constant struggles due to discrimination and lack of proper infrastructure, with critical public facilities remaining off-limits for the handicapped, and the authorities lacking a sense of responsibility.  European Commission President Jose Manuel Barroso says that the E.U. will not countenance Russia’s efforts to stop European countries from seeking closer trade ties with it; and the E.U. commissioner said Russia’s pressure on Armenia, Moldova, and Ukraine was ‘unacceptable’.  Abu Dhabi will invest up to $5 billion in Russian infrastructure over the next seven years.

Syktyvkar City Court is seeking a $605 payout from the treasury for Vyacheslav Slusarev, a gay rights activist who was detained and fined by police for staging a one-man protest.  Lawmakers have approved tax relief for offshore fields containing hydrocarbons – a move that will boost production in Russia’s remote regions.

PHOTO: In this Sunday, March 4, 2013 file photo, photos of Syrian President Bashar Assad and Russian Prime Minister Vladimir Putin are propped against a wall during a pro-Syrian regime protest in front of the Russian embassy in Damascus. (AP Photo/Muzaffar Salman, File)