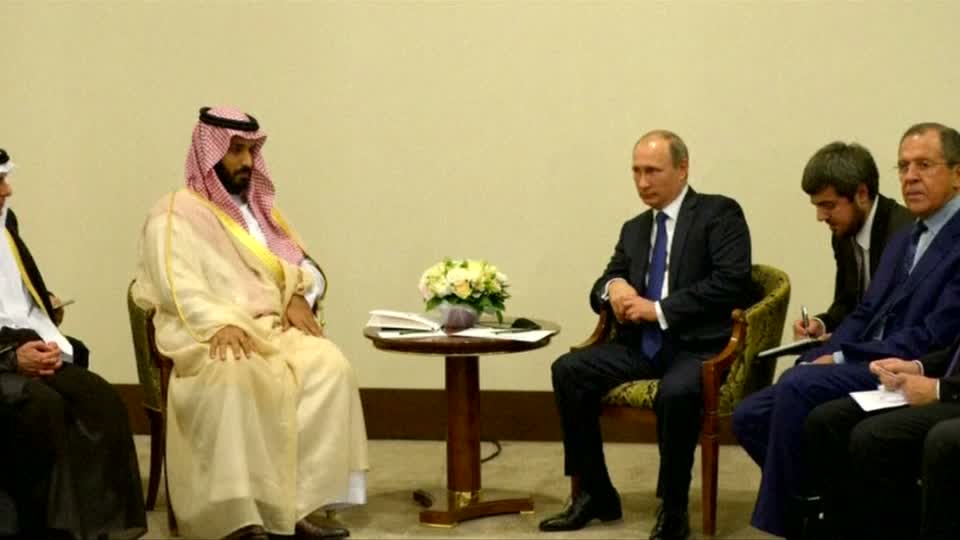 President Vladimir Putin defended Russia’s intervention in Syria, reaffirming his belief that it will help bring about a political settlement and stabilise the Syrian government.  He says that the airstrikes and ground attacks conducted so far are part of a carefully prepared plan, and have already been more effective than the aborted U.S. program to fund the Free Syrian Army. ‘It would have been better to give us $500 million,’ he quipped. Garry Kasparov says Russia’s Syria offensive is a part of a ‘global plan to […] destroy the world order, because [a] dictator always benefits from chaos’. Human Rights Watch says that a recent attack in Aleppo indicates that Russia is either using or supplying cluster munitions in Syria. Russia’s Anti-Terrorism Committee says it intercepted a group plotting a terrorist attack in Moscow, amid speculation that attacks on Syria strengthen terrorist sentiments against Russia.  The Washington Post argues that Putin’s campaign in Syria is modeled on his campaign in Chechnya also regarded by the Kremlin as a good example of an anti-terror operation. Putin met the defense minister of Saudi Arabia in Sochi yesterday to discuss the situation in Syria and ways of avoiding the formation of a ‘terrorist caliphate’.  The Kremlin will cut Russia Today’s funding by $30 million (9%) next year.

A Levada Center poll suggests that over half of Russians are against gay people being part of modern society, and are becoming increasingly intolerant of minority groups in general. 500,000 people have signed a petition asking the Kremlin to stop the destruction of food products that are on the banned imports list; 738 tons of food have been destroyed thus far.  The authorities are pursuing ‘increasingly trivial bribery cases’ as larger-scale bribery and corruption cases multiply, says the Moscow Times.  A source has rubbished the story that former Russian Railways head Vladimir Yakunin resigned his post over his son’s application for British citizenship.

PHOTO: During a bilateral meeting in Moscow, Saudi officials are expressing concern over Russia’s decision to launch air strikes in Syria. (Reuters)