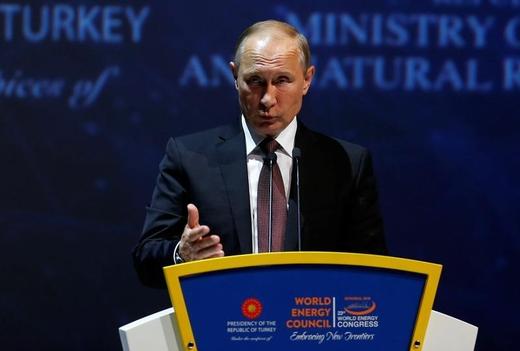 TODAY: Putin cancels France trip over Syria tensions; Gorbachev warns of dangerous worsening of US-Russia relations; Venezuela awards Putin a peace prize; Novak says Russia would freeze, not cut, production, Rosneft says it would get on board if an agreement was made within OPEC; Nabiullina notes positive possibilities for inflation with oil price rise; ECHR rules in favour of Kasparov; Putin observing athlete exemptions.

President Vladimir Putin has caused diplomatic shockwaves by cancelling his October 19 state visit to Paris, after French president Francois Hollande said that he would participate with Putin only in talks about Syria, and abandoning other joint plans including the ceremonial opening of a Russian cathedral.  The Kremlin is playing down the seriousness of the cancellation, saying that it is ready to reschedule the meeting at Paris’ convenience and that there is no Russian perception of deteriorated relations; but earlier this week, the French Foreign Minister had said that officials were working to find a way to investigate Russia for war crimes in Syria, and President Hollande had suggested that Russia could face war crimes charges in the International Criminal Court, and had apparently already been considering refusing to meet with Putin.  The situation in Syria has also of course been disastrous for Russia-US relations, which former Soviet leader Mikhail Gorbachev believes have now hit a ‘dangerous’ point; and pro-Kremlin news presenter Dmitry Kiselyov agrees, noting the ‘nuclear implications’ of further disharmony between the two.  The European Union is unlikely to ease its sanctions on Moscow in the near future due to outrage over intensified air strikes in Syria.  Venezuela just awarded Putin a peace prize.

Following Putin’s statement that Russia would join a proposed OPEC oil output cap, Energy Minister Alexander Novak clarified that Russia is considering not an oil production cut, but rather a freeze in output.  Control over Russian oil production is not meaningful without an agreement within the OPEC group, according to a Rosneft spokesman who also said the company would abide by such a deal if Russia decides to join it.  Higher oil prices could lead to a stronger rouble, which would slow inflation and allow the Central Bank to ease monetary policy more quickly, says Elvira Nabiullina.  The European Court of Human Rights ruled in favour of political activist and former world chess champion Garry Kasparov, finding that his detention just before an opposition rally in 2007 was unlawful. ‘Given that his detention had not been lawful or justified, the court held that he had therefore also been unlawfully prevented from attending the rally.’

Vladimir Putin is keeping his eye on therapeutic exemptions for athletes for certain banned drugs, lest all victories eventually are won only by ‘people who suffer from, let’s say, chronic illness’.  The Writer’s Union has signed an agreement with the Investigative Committee to ‘preserve and protect historical truth’.