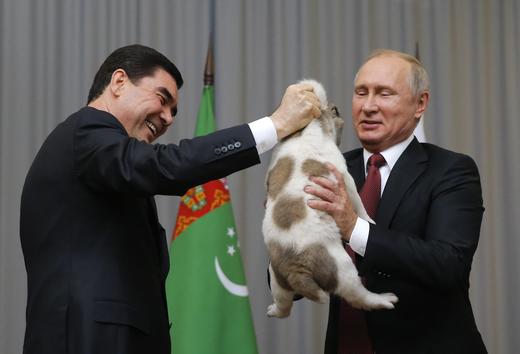 Having initially suggested it would legalise cryptocurrencies, the Kremlin is now saying it will block the currencies and the websites that offer them. The Finance Ministry supports the President’s idea to limit the amount of cryptocurrency that can be individually purchased (a restriction of $1,700-10,000 is being considered). Finance Minister Anton Siluanov says the new regulation should be worked out by the end of this year. Bloomberg reports on the existence of cryptocurrency mining operations in Moscow. The Moscow Times discusses the pros and cons of supporting blockchain technology, as Putin had initially said he wanted to do. The Kremlin has announced a nationwide competition, open to all Russians under 50 with managerial experience, to discover a new generation of bureaucrats, possibly to counteract Putin’s “hyperactive hiring-and-firing spree”. Next year’s election could see Prime Minster Dmitry Medvedev replaced by another of his cabinet members, such as Central Bank head Elvira Nabiullina or Moscow Mayor Sergei Sobyanin; high-level shake-ups are certainly expected. The embezzlement case against former Economy Minister Alexei Ulyukayev is forcing the Kremlin into rival camps, and possibly stoking a struggle for power that could lead to more high-level role-shuffling.

Does Russia have ambitions of territory takeover in the Black Sea beyond Crimea? This piece outlines the economic and geopolitical incentives for Russia to challenge NATO further in the region. Russian military strategy hasn’t changed much in recent decades, says this piece. Denmark will give its defence budget a 20% boost to combat Russia’s increasing military activity in Europe. President Vladimir Putin hosted summits of the Commonwealth of Independent States (CIS) and the Eurasian Economic Union (EES) in Sochi yesterday. Tycoons Mikhail Prokhorov and Viktor Vekselberg have sold a 3% stake in aluminium giant Rusal for $315 million.

Yet another plaque hung in honour of murdered opposition leader Boris Nemtsov has been removed by pro-Kremlin activists. London’s High Court has ruled that oligarch Sergei Pugachev hid millions in “sham” trusts to shelter his wealth and mislead third parties. In case you want to see the moment Vladimir Putin was presented with a birthday puppy by the President of Turkmenistan.