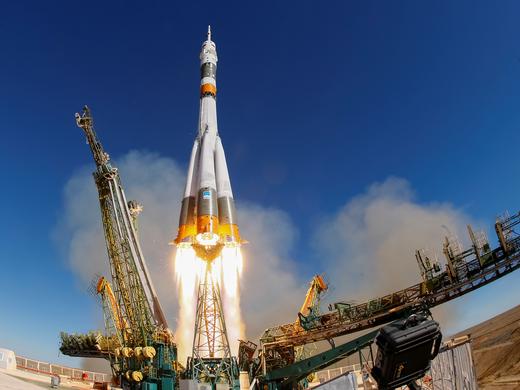 A report published by the Committee of Civil Initiatives, founded by former Finance Minister Alexei Kudrin, has found that existing economic, environmental, and social issues are contributing to a growing potential for new, nationwide protests against the Kremlin, and that “if the number of such incidents exceeds a critical mass of 10-20 at one time, the federal authorities won’t be able to cope.” Deputy Prime Minister Yuri Borisov said he hoped the US would be understanding about the malfunction that forced the Soyuz MS-10 spacecraft to make an emergency landing in Kazakhstan yesterday, after its booster rockets failed mid-air, two minutes after lift-off. Both the US and Russian cosmonaut on board landed safely. The Investigative Committee has opened a criminal investigation into the failed mission, which may result in the “undesirable” scenario of the International Space Station being left without a crew. The Defence Ministry says it conducted a massive nuclear exercise involving multiple missile launches yesterday.

Responding to Ukraine’s bid to establish an independent church outside of Moscow’s control, the Kremlin says it is opposed to any steps that would cause a deep split in Orthodox Christianity. Russia’s OSCE ambassador accused Ukraine of stirring-up anti-Russian hysteria in a bid to divert attention away from domestic problems in advance of Ukraine’s presidential elections.

The two international Russian football players detained for two separate violent assaults in Moscow will be jailed for two months prior to their trial. Two leaders of this past week’s massive protests in Ingushetia were detained.

PHOTO: The Soyuz MS-10 spacecraft carrying the crew of astronaut Nick Hague of the US and cosmonaut Alexey Ovchinin of Russia blasts off to the International Space Station from the launchpad at the Baikonur Cosmodrome, Kazakhstan, Oct. 11, 2018. (Shamil Zhumatov/Reuters)