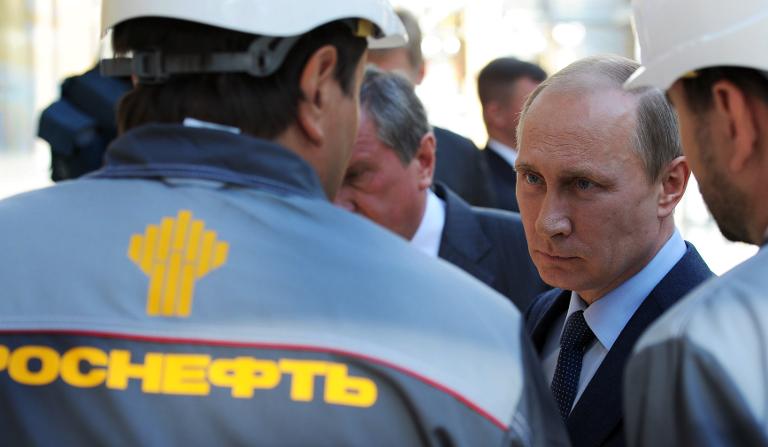 Ukraine’s Naftogaz halted gas imports and new gas purchases from Russia last week, the latest move in a long-standing pricing dispute, coming just weeks ahead of its planned free trade agreement with Europe.  The news caused an immediate slump in Gazprom and MICEX shares, and analysts suggest that an already strapped Gazprom ‘can ill afford a long rupture in sales to Ukraine.’  Ukrainian Prime Minister Mykola Azarov said his country will ‘never allow’ confrontation with Russia over its imminent EU partnership.  Rosneft signed a preliminary agreement to transport oil to China via Kazakhstan.  President Vladimir Putin is in Vietnam’s capital for an official visit to discuss trade and economic cooperation, in what some see as a challenge to U.S. ambitions in the Asia-Pacific.

The 30 crew members involved in September’s Greenpeace action are being moved from Murmansk to pre-trial detention centres in St. Petersburg, prompting fears that the detainees will be ‘lost’ in transit.  Performance artist Pyotr Pavlensky will not be charged with hooliganism for his stunt on Red Square, after a Moscow judge said police documents didn’t show he had broken the law by nailing his testicles to the cobblestones.  Pavlensky ‘may have been on to something,’ says Bloomberg: ‘The apathy and fatalism he so dramatically depicted is clear in the Russian economic ministry’s long-term economic development forecast.’  The Guardian profiles the outlandish, peculiar, and now wanted, Sergei Polonsky.  Two Russian nationalists who attempted to pelt the Dutch royal family with tomatoes in Moscow this week have been charged and face 15 days in prison.

Norilsk Nickel is to double spending on its resource exploration in Russia.  Google has modified confidentiality aspects of its privacy policy to satisfy the Federation Council.