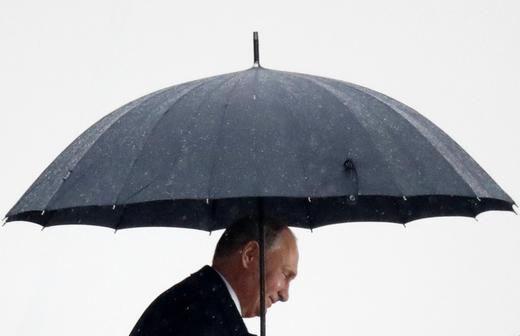 The 2016 privatisation of Rosneft, ostensibly designed to bring foreign money into Russia, was in fact secretly financed by state-run bank VTB, Reuters has revealed. President Vladimir Putin held a brief talk with his US counterpart on the sidelines of the Armistice Centenary commemorations in Paris, where he said that Moscow is keen to restore full dialogue with the US over the IRNF nuclear treaty. Responding to French President Emmanual Macron’s comments about the need for a European army to defend against Russian threat without reliance on the US, Putin agreed: “Europe is a powerful economic entity, a powerful economic union and it is quite natural that it wants to be independent, self-sufficient and sovereign in matters of defence and security,” he said. The FT reports that US sanctions have damaged neither Russia’s booming arms trade nor Europe’s appetite for Russian gas, and says that Russia’s deepening relationships with China and the Middle East demonstrate that “when it comes to Russian isolation, reality has not matched rhetoric.”

In a rare loss for United Russia, Communist candidate Valentin Konovalov won the governor post in Khakasia. The Kremlin is using the regional elections in rebel-controlled areas of eastern Ukraine to pressure Ukrainian President Pyotr Poroshenko to engage in dialogue with officials there “if the Ukrainian authorities do not want to ultimately lose these territories”. The US called the elections in Donetsk and Luhansk “a mockery, really, of the idea of genuine elections that need to be held”, and Poroshenko called them “illegal”.

Ivan Kolpakov, the chief editor of the Meduza news website, has stepped down over reports that he sexually harassed a co-worker’s wife. Journalist Oleg Kashin said the resignation indicates that Russia’s Me Too movement has succeeded in becoming more than just an imitation of the West. The Foreign Ministry complained to the US about its treatment of a news website editor at a Washington airport.