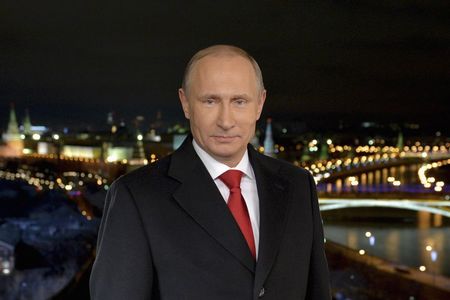 The Central Bank has revealed that it spent $76 billion and €5.4 billion propping up the value of the ruble over the past year.  As Russia heads into recession, other banks are urging the Central Bank to cut interest rates (currently at 17%) to prevent a wave of corporate bankruptcies and a sharp decline in demand for loans.  India’s steelmakers are losing out to Russia, as the devalued ruble leads Indian buyers to purchase cheap Russian exports.  Sergei Ivanov, the head of the presidential administration, says Russian prosecutors must monitor prices and ensure the safety of wages and benefits.  The ruble has fallen a further 10% since the beginning of this year. Can Russian business survive the collapse of its currency? Possibly, if the Kremlin prioritises infrastructure investments to support local manufacturing, says Michael Akim.  Investors from Asia and the Near East seem to be replacing capital from Western Europe and the U.S., particularly in the real estate market, says the Moscow Times.  MasterCard has reached an agreement regarding processing its payments in Russia, and will gradually move its transaction processing to its Russian counterpart, with the help of the Bank of Russia.  Moscow’s district court has reclassified the charges against the Navalny brothers from fraud to business fraud; their lawyers are challenging their sentences this week.

Facebook last month defied a Russian law permitting Internet censorship by permitting users to open anti-Putin pages, leaving it vulnerable to an outright ban in Russia; in the mean time, ‘The impact of the Facebook-assisted mobilization should not be underestimated,’ says economist Sergei Guriev.  President Vladimir Putin may not join world leaders gathering to commemorate the anniversary of Auschwitz’s liberation, due to ‘distrust caused by the conflict in Ukraine’, according to a New York Times exclusive.  Ousted former Ukraininan President Viktor Yanukovych has been put on Interpol’s international wanted list on charges of embezzelment and financial crimes; Yanukovych fled to Russia last year, but Russia says, as yet, it has received no request for extradition.  Not that it would comply…

Russia’s Leviathan won the Golden Globe award for best foreign-language film.  Vladimir Putin can no longer rely on the politicised export of gas as his most trusty weapon, says the Economist.  Putin’s official response to the Charlie Hebdo murders were at odds with responses from other parliament members and Orthodox activists. ‘But nothing is quite so appealing to the Russian news media as the idea that the United States was somehow implicated in wrongdoing and skulduggery.’  A Moscow mosque was vandalised yesterday.