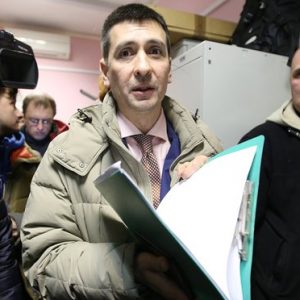 TODAY: Rex Tillerson surprises with Russia-critical speech at his confirmation hearing; other nominees to Trump cabinet diverge from what was anticipated to be a pro-Russia stance; Peskov maintains upbeat tone; Moscow says Syria ceasefire in order despite apparent plans to deploy more troops; anger at U.S. deployment in Poland; yoga teacher under fire for violating religious extremism law; diversification a must for economy, says World Bank.

Relations with Russia persist in overshadowing the run up to the inauguration of Donald Trump as the U.S. President: Rex Tillerson, nominated for Secretary of State, has surprised those convinced of the firmness of his alliance with the Putin regime, by stating at his confirmation hearing that ‘while Russia seeks respect and relevance on the global stage, its recent activities have disregarded America’s interest’, questioning the legality of the Crimea annexation and favouring the Magnitsky Act.  Tillerson would not go as far as to condemn Russian actions in the Syrian town of Aleppo as war crimes however.  Vesti FM state radio station presenter Vladimir Solovyov has consoled disappointed Russian citizens – ‘For our dear listeners I will […] repeat that Tillerson is not Major Vikhr [a Russian TV superhero], and Trump is not Colonel Isayev, Stierlitz [a fictional Soviet superspy akin to James Bond]’.  Putin spokesman Dmitry Peskov has downplayed the negativity of Tillerson’s comments, citing Trump’s willingness for dialogue.  James Mattis, nominated to be the next U.S. Defense Secretary, has accused Russia of trying to ‘break NATO’ and branded it a ‘strategic competitor‘.  Mike Pompeo, the nominee to head the CIA, has also voiced concern about the ‘aggressive action‘ taken by Russia’s senior leaders to involve themselves in global politics by hacking.

Despite the fact that Russia is supposedly scaling down its military presence in Syria, new reports indicate that army personnel are being briefed for deployment there and new combat aircraft are being despatched.  The Kremlin is mulling switching its nuclear arsenal for precision bombs in an attempt to preserve world peace.  It has expressed discontent at the arrival of U.S. soldiers and equipment to Poland this week, labelling it a ‘threat’ on its doorstep.

Extremism laws have now claimed a new victim – yoga – after an instructor in St Petersburg was charged with ‘illegal missionary activity’ for explaining the popular exercise’s spiritual roots.  The Russian government has officially blocked 1,200 websites since 2014.  A new report from the World Bank recommends Russia should diversify if it wishes to achieve sustainable economic growth.