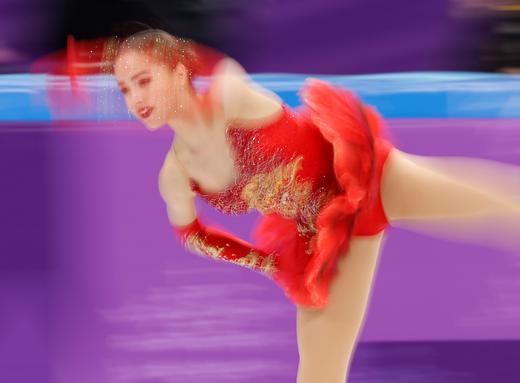 Policemen in Siberia have been instructed to guard election billboards featuring President Vladimir Putin, after two large Putin banners in Tomsk were attacked with paintball guns.  The Yabloko party says that political activists in St Petersburg have been subjected to attack and torture in the past month, and blames it on attempts to intimidate oppositionists in advance of next month’s vote. The FT explores the delicate political balance and contradictions of Russia’s “impotent omnipotence”, predicting that its sketchy political balance could continue for some time. This piece also acknowledges the contradiction that the current election campaign, which will see the re-election of the existing President, who has no viable opponents, is not a catalyst of political process, but its antithesis. The Secretary General of OPEC says Putin has given his word that Russia will stick to its oil output capping deal, and will not flood the market amidst surging prices.

As 15-year-old Alina Zagitova wins a silver medal for the Russian athletes’ team, Slate unpacks the “octosyllabic mess” that is the awkward terminology granted to Russians competing in Pyeongchang this week: “as clumsy as the compromise that produced it”. The Kremlin described the former director of the Moscow Anti-Doping Laboratory and WADA informant Grigory Rodchenkov as “a man with emotional, if not mental problems” which make his claims groundless. The child pornography trial in the UK against Soviet hero Vladimir Bukovsky, which he says is the result of an attack by hackers loyal to Vladimir Putin designed to destroy him, has been postponed due to his ill health. Foreign Policy has an in-depth piece on Russia’s current geopolitical clashes with the West, tracing its roots back through the 1947 Marshall Plan, taken from Benn Steil’s new book on the subject.

The plane that crashed over the weekend, killing all 71 passengers, was intact when it hit the ground and exploded on impact, new reports say, as the hunt for clues continues. Gary Stoller recalls an investigative reporting job in the 1990s where he looked into the safety of Russian airlines. Russia is threatening to block YouTube and Instagram if they do not remove the videos relating to Alexei Navalny’s allegations against billionaire Oleg Deripaska. Roskomnadzor is also asking news outlets to delete their articles regarding the investigation. Almost half of Russians over the age of 18 use at least one social network daily, with Instagram and VKontakte being the most popular.