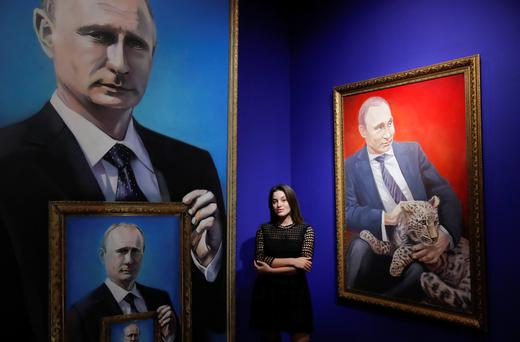 UK Prime Minister Theresa May has given President Vladimir Putin 24 hours to explain the use of a nerve agent on former spy Sergei Skripal, who was poisoned in a public restaurant in Salisbury, UK, last week. May said that it was “highly likely” that Moscow was behind the attack, and has threatened retaliatory action, prompting an outraged Foreign Ministry to call her response a “circus show”, and the Kremlin to insist that the case was not a matter for the Russian government. Putin says Britain should work out what actually happened before commenting. The US backed the British response, calling the attack “an outrage”. A leading Russian state newspaper suggested that the poisoning was in fact masterminded by the British government as part of a conspiracy to get the public to back a boycott of this year’s World Cup.

Moscow will allow an anti-Kremlin demonstration the day after this weekend’s presidential elections, as requested by Left Front leader Sergei Udaltsov, to “take stock” of the results. This FT video argues that Putin’s pre-election claim that average life expectancy has extended into the mid-80s under his rule is false, and that healthcare for ordinary Russians has not improved. But employees at universities, hospitals and research institutions say they have seen sudden wage increases and “illogical” bonuses of up to three times their salaries in advance of Putin’s re-election, in a last-minute fulfillment of his 2012 electron promise. This BBC piece collects 10 charts showing economic growth during the course of Putin’s rule. The Independent quotes a Levada Centre poll that indicated that less than 30% of Russians definitely intend to vote, casting 70% turnout estimates in a new light. “You can see from the maths that they won’t be able to get there honestly.” 82% are certain they will not vote for Putin competitor Ksenia Sobchak. Putin will cap his presidential re-election campaign with a visit to Crimea.

The European Union has extended its existing sanctions against Russia for a further six months in retaliation for its actions in Ukraine, and granted the latter a $1.2 billion loan; Ukraine’s intelligence agency apparently just found weapons at the homes of alleged Russian agents in its eastern regions. Estonia accused a Russian military cargo plane of violating its airspace in the Baltic Sea.

PHOTO: Yulia Dyuzheva, 22, student and supervisor of the “SUPERPUTIN” exhibition and supporter of presidential candidate Vladimir Putin, poses for a picture in Moscow, Russia, January 14, 2018. “I’d draw your attention to the colossal support of young people for the current government,” said Dyuzheva. REUTERS/Maxim Shemetov