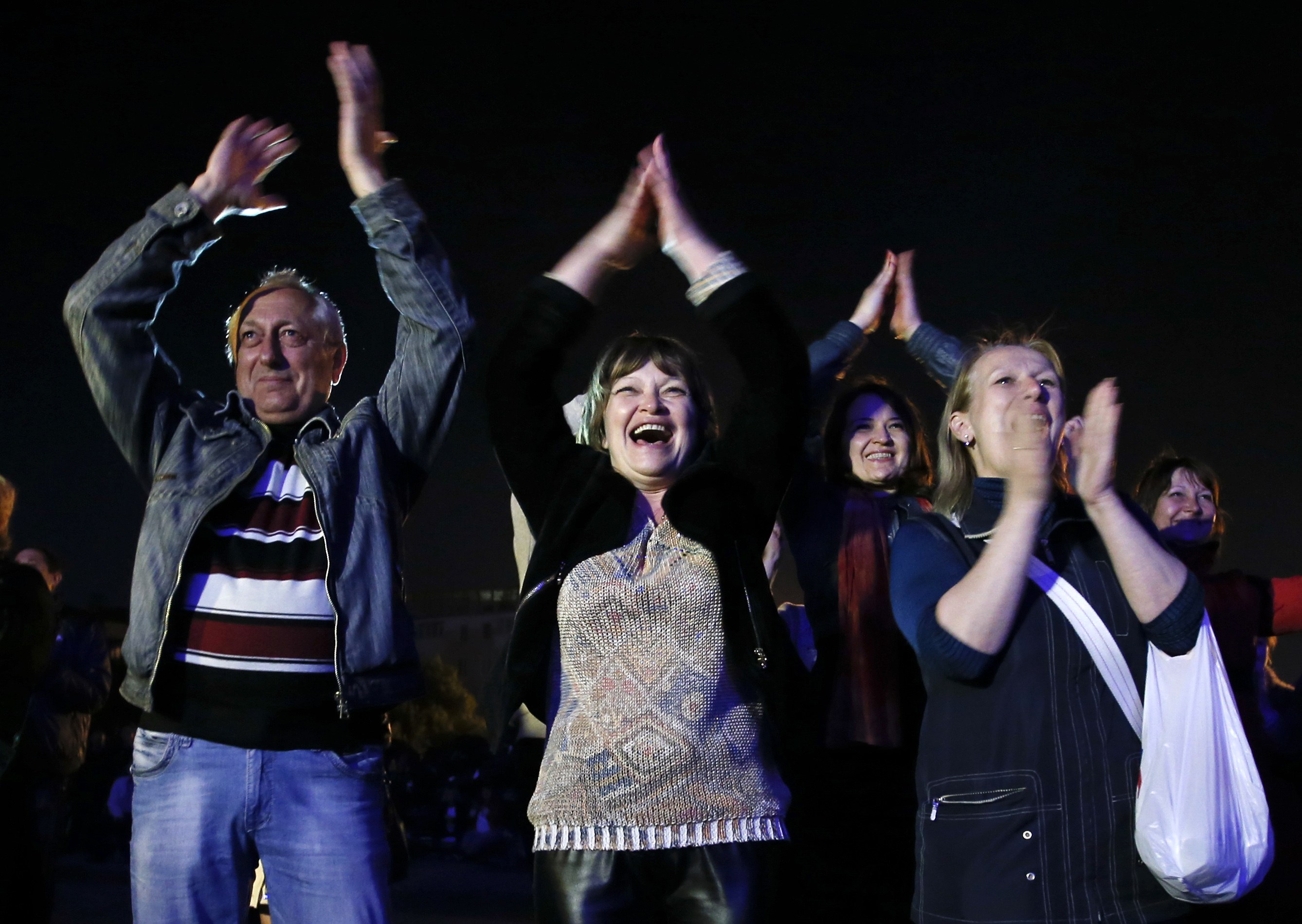 Prime Minister Dmitry Medvedev has instructed Gazprom to start supplying gas to Ukraine on a prepaid basis as of today, arguing that it is the company’s ‘right’; he says Russia has evidence that Ukraine has the money to pay its energy debts.  If Ukraine does not comply with the prepay setup, Gazprom chief Alexei Miller says the company will cut off supplies.  Sunday’s successful self-rule referendum in Donetsk, eastern Ukraine, has been widely criticised; allegations of ballot stuffing and Russia’s behind-the-scenes organisation are rampant; reported voting results added up to 100.63%, says The Independent.  Nonetheless, Russia spoke up in support of the results and ‘the will of the people of the Donetsk and Luhansk regions’, and urged Kiev’s new government to engage in talks with Sloviansk.  President Vladimir Putin has not issued an official comment on the vote – this is part of his ‘3-day rule’, says the Moscow Times, which see the referendums as functioning ‘to secure Russia’s leverage in Ukraine’s future political landscape’.  Following victory in the referendum, the rebel mayor in pro-Russian Sloviansk is now calling for the assistance of Russian troops to maintain stability; this report says the region has already asked to join Russia.  Gazprom is on the brink of securing a long-awaited gas supply deal with China; the deputy energy minister says the contract is ’98 per cent ready’.

A new poll from the Levada Centre indicates that 94% of Russians rely on domestic (i.e. state-owned) television networks for coverage of the situation in Ukraine, and that they find foreign media ‘not very objective’.  Foreign Minister Sergei Lavrov says Russian television is the best place to get unbiased information about Ukraine.  The European Union expanded its sanctions against Russia in response to the Ukraine crisis, targeting 13 individuals (including Putin’s chief of staff, Vyacheslav Volodin) and 2 Crimean companies.  Crimea’s deputy prime minister brushed off the news.  France will not cancel its $1.66 billion deal to sell helicopter carriers to Russia because, it says, such a move would be more damaging to Paris than Moscow.

Dmitry Medvedev warned that Moscow may punish Moldova in retaliation for holding Deputy Prime Minister Dmitry Rogozin’s plane over the weekend.  As part of an anti-corruption examination, Medvedev has ordered the heads of Sberbank and VTB to report their income.

PHOTO: People react during a rally to mark and celebrate announcement of results of the referendum on the status of Donetsk region in Donetsk May 12, 2014. Pro-Moscow rebel leaders in eastern Ukraine called on Monday for their region to become part of Russia after declaring victory in a weekend referendum on self-rule. REUTERS/Maxim Zmeyev