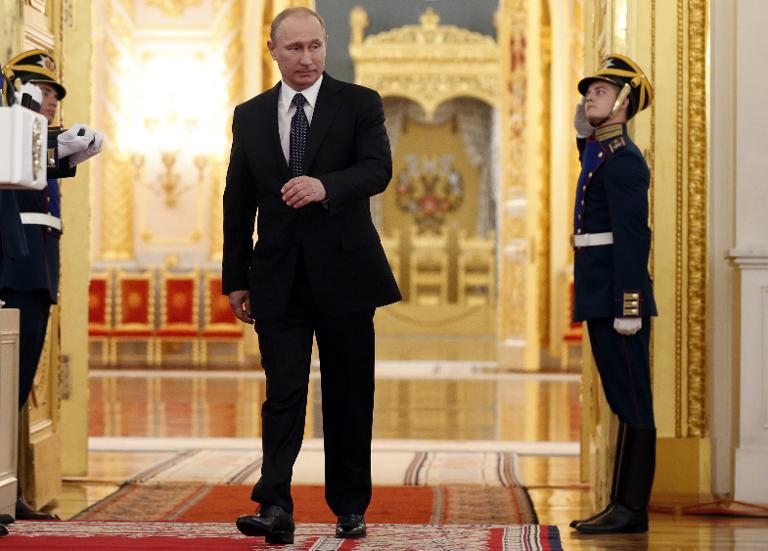 Ukraine is saying that three Russian tanks crossed into eastern Ukraine yesterday, blaming separatist rebels but implicating the Kremlin in having failed to keep its promises about tighter borders.  But Russia denies the accusations, and says the situation in eastern Ukraine isn’t serious enough to warrant sending peacekeepers there, contradicting reports which claim that ‘tens of thousands’ are fleeing to avoid combat between state authorities and Russian rebels in Slavyansk.  The Kremlin’s propaganda machine is so active in and around Russia that Latvia, Estonia and Lithuania are planning jointly to set up a Russian-language television channel to combat its barrage of misinformation about Russian-speakers in Ukraine.  A presenter on Russia’s RBK channel became enraged when an interviewee claimed that masked men stormed a mine in Donetsk, and accused the man of ‘just broadcasting the opinion of Ukrainian television’.  The fate of Slavyansk’s mayor, Vyacheslav Ponomaryov, currently detained on suspicion of improper budget spending, is in the hands of the leader of a separatist faction in the region, reported to be a Russian citizen.

Gazprom will cut off gas supplies to Ukraine by Monday if Kiev has not paid off a portion of its gas debt by then.  The European Commission has appealed to Russia not to obstruct Moldova’s efforts to forge closer ties with the EU ‘despite the conflict caused by Ukraine’s lurch towards the West‘.  Newsweek describes the Kremlin’s recent crackdown on Internet freedom as part of Russia’s ‘descent into self-isolation’.  Foreign Minister Sergei Lavrov had an I-told-you-so comment for the West in response to news of militant clashes in Iraq. ‘We warned long ago that the affair that the Americans and the Britons stirred up there wouldn’t end well.’

The Times picks apart various versions of the story that Vladimir Putin told Hillary Clinton about his mother: ‘Mr Putin is a master at framing history to suit politics‘.  An activist tried to wash himself clean of Russia’s past, in a sarcophagus in St. Petersburg’s Hermitage museum, for a protest action titled ‘Unwashed Russia’.