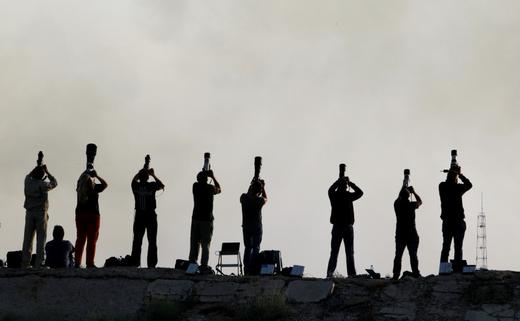 TODAY: First tech company leaves Russia in response to anti-terrorism laws, others may follow; Apple to build special Russian repair center following lawsuit; VTB will not be privatised this year, and other stakes may be sold slowly, analysts say; NATO-Russia Council to meet today; Navalny anti-defamation lawsuit thrown out; Peskov says a woman can be President.

Private Internet Access (PIA) is the first tech company to leave the Russian market due to new anti-terrorism laws, which stipulate fines of up to $15,700 for businesses who do not comply with orders to log all Russian internet traffic for up to a year, and under which some of its servers were recently seized. Other major business including Russia’s four major mobile phone operators say the new measures will cost them billions of dollars.  Edward Snowden made the same criticism when the laws were first unveiled earlier this month; this piece argues that the laws may drive other encryption-based services to leave the Russian market, ultimately harming the consumer.  Apple will have to build a centralised repair center in Russia following a lawsuit by a disgruntled customer who could not get his broken screen fixed under warranty.  Deputy Prime Minister Igor Shuvalov says Vneshtorkbank (VTB) will not be on the Kremlin’s list of planned privatisations for 2016.  Bloomberg suggests that Russia may not in fact carry through with its promises for further privatisations this year, quoting an analyst who described the sale of the Alrosa stake this week as ‘a forced necessity’, and that any further moves will be made very slowly.  As part of the push to increase trade turnover between Russia and Iran, several large Russian banks including Gazprombank are starting to operate in the country.

The NATO-Russia Council is meeting in Brussels today; they will discuss politics but not cooperative issues because all of their cooperative programs have been suspended.  The Levada Center has found in a new poll that the number of Russians who view the US as a global threat is at its lowest level in a decade, citing ‘a softening in rhetoric’.  An anti-defamation lawsuit filed by anti-corruption campaigner Alexei Navalny against the VGTRK television and radio holding, for broadcasting a documentary which claimed both that he is being financed by British intelligence services, and that he is in cahoots with investor William Browder, has been fully rejected by a Moscow court; Navalny intends to appeal the decision. The Central Election Commission (CEC) is challenging Roskomnadzor about its blocking of websites calling for a boycott of the upcoming State Duma elections. Ella Pamfilova says the basis on which the sites have been blocked ‘really should be clear’.

Kremlin spokesman Dmitry Peskov believes it is ‘quite possible’ for a woman to become the President of Russia, noting that the Constitution does not stipulate anything about gender.  Anastasiya Melnychenko writes in the Guardian on her efforts to bring an understanding of rape culture to Russian and Ukrainian society.  A German police chief is warning of ‘the active development and spread’ of Russian organised crime in Western Europe.