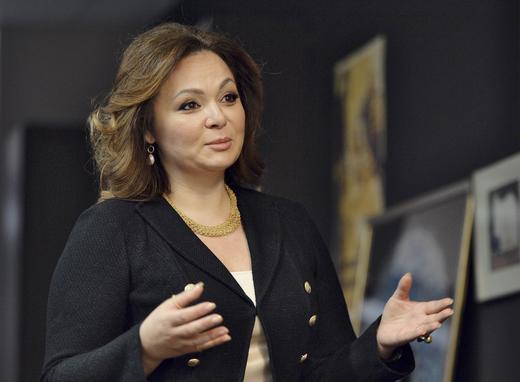 The US government is banning the purchase of software from Kaspersky Labs amid claims that the company has links to Russia’s main intelligence agency, the FSB. In response, the company said it is the victim of the ongoing political dispute between Russia and the US; the Kremlin also called the move politcally-motivated. Capital outflows from Russia are at $14.7 billion already for this year, a 71% increase on the same period last year, according to the Central Bank. Russia has apparently delivered two more Siemens’ gas turbines to Crimea, against the company’s wishes. “Flamboyant tycoon” Sergei Polonsky was sentenced and then immediately released on charges of fraud, after the judge said too much time had passed since the event for his sentence to have legal force; he spent two years in pre-trial detention over the past two years. The Guardian focuses on Natalia Veselnitskaya, the lawyer at the center of the latest US-Russia scandal, who met with Donald Trump Jr., discovering that she has longstanding personal ties to Yuri Chaika, the Prosecutor General. The FT investigates these connections further, speculating that Chaika himself was involved in the meeting. Foreign Minister Sergei Lavrov says the entire story is “wild”, and Kremlin spokesman Dmitry Peskov says this is just the latest installment in “a long-running soap opera”.

Deputies in Krasnoyarsk met to discuss pay raises for public servants, but ended up doubling their own salaries (to over six times the local average). In the same region, police have confiscated computers from opposition leader Alexei Navalny’s local campaign chief, Leonid Volkov, who they suspect of copyright infringement and of creating a computer virus. It was reported that the Federal Penitentiary Service (FSIN) requested that Navalny be imprisoned, instead of serving out his suspended sentence, basing its request on the grounds that Navalny has violated the Criminal Code by organising anti-corruption protests. But the FSIN later denied that it had made this request. Republic claims that Prime Minister Dmitry Medvedev has massively scaled back his regional pre-election travel with the President due to the negative impression of him created by the Anti-Corruption Foundation’s documentary “He is not Dimon to you”, and that he is now “seriously concerned about his political future”.

This piece focuses on speculation that the former head of Russian Post, Dmitry Strashnov, was removed from his post because of his efforts to modernise and reform the company. Volgograd has been ranked the worst Russian city.