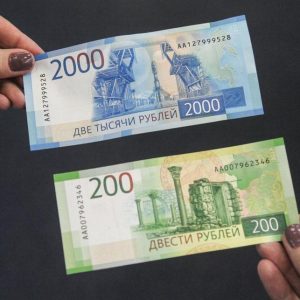 Foreign Minister Sergei Lavrov has informed US Secretary of State Rex Tillerson that Russia is readying lawsuits with the aim of reclaiming what Moscow asserts was illegally seized property in the United States. He also added that the removal of Russian flags from the buildings is unacceptable. State Department spokeswoman Heather Nauert says the property seizures were  ‘perfectly legal’ and assured Lavrov that the flags will be returned. In the ongoing spat, a delegation from the Russian Defense Ministry General Staff planning to attend a UN briefing in New York was apparently denied visas by the US authorities. Mikhail Gorbachev, the last Soviet leader, fears that the tense relations between Russia and the US could endanger the landmark 1987 Intermediate-range Nuclear Forces Treaty, which facilitated the end of the Cold War. CNN has reported that Russia went as far as using online game Pokémon Go to interfere in the 2016 US presidential campaign. Cybersecurity firm Kaspersky Lab, whose products are now banned in the US for suspected involvement in election interference, has strengthened ties with global law enforcement agency Interpol.

In response to US deployments to the Baltics, the Kremlin is reportedly mulling sending more of its advanced Iskander missiles to Kaliningrad. Russia has reached a deal with Saudi Arabia to supply advanced S-400 air defence missiles to Riyadh. In the period of January to September, Russian-Chinese trade increased by 22.4% year-on-year to $61.37 billion, according to statistics released by China. A new 200 ruble banknote has been unveiled, featuring none other than the annexed region of Crimea.

Two officials from media watchdog Roskomnadzor have been put under house arrest and are facing charges of fraud. Video footage of high-profile fraud suspect, former Economics Minister Aleksei Ulyukayev, taking a bribe from an oil company executive, has been played in court. The governor of the western region of Pskov has resigned, becoming the 11th regional leader to do so in recent weeks ahead of the March 2018 presidential election. A Levada center poll has found that while trust in government agencies, banks, and big business has diminished in the past four years, trust in Russia’s military and intelligence services has increased, and the office of president remains the country’s most trusted institution.