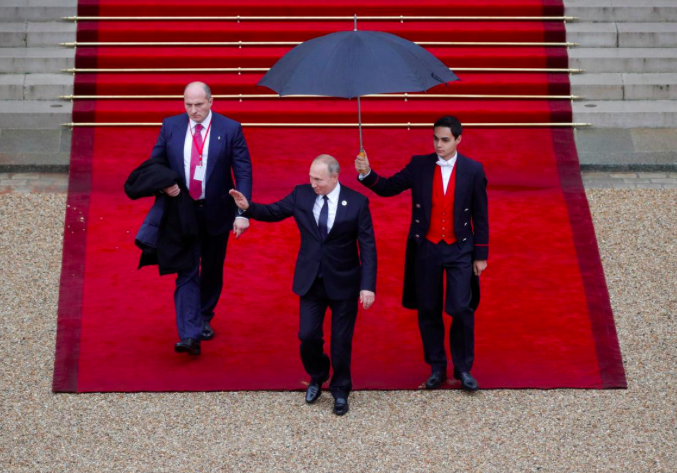 State bank VTB denied an exclusive Reuters report that it financed the 2016 privatisation of Rosneft, and challenged the media to a $15 million, legally-binding bet on the accuracy of such claims. Reuters says it stands by the story. Opposition leader Alexei Navalny says he was barred from leaving Russia this morning as he attempted to attend a final hearing of a case he filed with the European Court of Human Rights (ECHR) regarding his arrests in 2012 and 2014. “It’s obvious that’s why they banned me from leaving,” he said. Navanly was told he was being stopped for “special checking measures”. RFE/RL charts that Navalny has been jailed more than 10 times in the past 7 years. The Kremlin denied Finnish allegations that it intentionally disrupted Finland’s GPS signal during the past few weeks of NATO war games. A Swiss court has barred Nord Stream gas pipeline operators from making payments to Gazprom, in connection with the latter’s legal dispute with Ukraine’s Naftogaz.

Russian oil companies agreed on a freeze to gasoline prices, after past spikes, causing increases of almost 7% just since May, angered voters. In contrast to yesterday’s FT article that posited Russia as immune to isolation, this piece argues that economic growth is slowing because Russia is insulating itself in a bid to defend against further sanctions, and can no longer rely on external borrowing.

An innovative opposition group in St Petersburg is using “street agitation” to deliver their anti-Kremlin messages on subway cars and through the mail. The Kremlin denies that its plan to compile digital profiles on the academic records of 80% of the population by 2025 is similar to China’s Social Credit System.

PHOTO: Russia’s President Vladimir Putin leaves after a lunch at the Elysee Palace in Paris as part of the commemoration ceremony for Armistice Day, 100 years after the end of the First World War, France, November 11, 2018. REUTERS/Philippe Wojazer/Pool