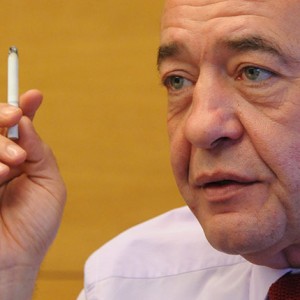 Russia’s Investigative Committee has launched an inquiry into opposition activist Natalia Pelevina, of the Parnas party, apparently after an illegal surveillance device was found at her home.  RFE/RL reports that the investigation was launched as a result of documents found proving she received $35,000 from the U.S.-based National Endowment for Democracy.  These funds, say the Investigative Committee, were destined ‘to discredit law enforcement agencies’ involved in an inquiry into the Bolotnaya Square protests of 2012.  New evidence from U.S. forensic experts has apparently revealed that former presidential aide and media magnate Mikhail Lesin died from a ‘blunt force trauma to the head’, deepening the mystery around his death.  Deputy Prime Minister Arkady Dvorkovich has complained there are ‘political overtones’ to the global anti-doping agency’s decision to ban the use in sport of the drug meldonium, which lauded Russian tennis player Maria Sharapova has admitted to taking.

The Russian embassy in London has taken umbrage at pro-European British politicians indicating a Brexit would play into Russia’s hands.  ‘Why is the wicked Russia thesis used to explain a Government policy? […] As a matter of fact, our Government doesn’t have an opinion on Britain’s place in the EU’.  Mark Galeotti in the Guardian argues that the West needs to take care not to caricature Russian interests, as it is currently doing with its ‘weaponisation’ meme.  It has been confirmed that, to the dismay of the United Nations’ human rights commission, its office in Moscow is being shut down.  Russia has hit out at the European Union for failing to hold Turkey accountable for human rights abuses and has accused Ankara of ‘creeping expansion’ in Syria.

The Washington Post examines how the effect of the ruble’s drop in value is straining the budgets of the urban middle class, who may be turning towards protests to air their grievances.  This article considers the perils of an outsider trying to restructure an industrial monolith: Avtovaz.  Could Rosneft finally usurp Gazprom in the spot of Russia’s biggest energy company?