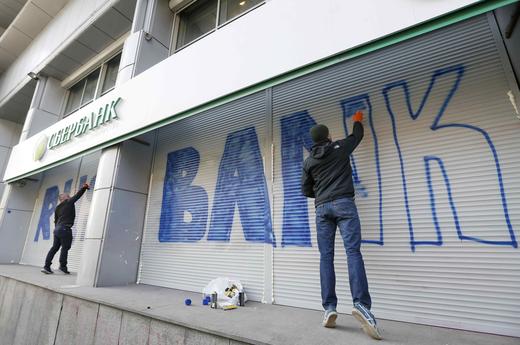 State energy giant Gazprom has come to a provisional agreement with the European Union regarding concerns about its market dominance. It will begin pricing gas at competitive prices, and has agreed not to own the pipelines through which it delivers its supply.  In turn, the EU’s competition commissioner has avoided imposing a fine, saying, “We believe that Gazprom’s commitments will enable the free flow of gas in Central and Eastern Europe at competitive prices.” Rosneft says the growth of US shale oil may deter OPEC producers from extending production cuts further into this year. Reuters is reporting that Russia may have deployed special air forces to an airbase in Egypt near the Libyan border, in a bid to support the Libyan military, news which adds weight to suspicions that Moscow is increasing its support for Libyan leader Khalifa Hafter, in wake of the report that several private Russian security contractors had been operating in Libya until last month. Russia is sitting on the fence with regard to the development of the New Silk Road, says Forbes.

The European Union prolonged its sanctions against Russian and Ukrainian individuals for another six months. Norway is keeping its eye on Russia.“We call it the Putin effect. We let things run down for 10 years – response times, equipment – and it is going to take more like 20 year to restore it.” Ukraine may ban Russia’s choice as its competitor in the Eurovision Song Contest, following reports that the singer visited Crimea since it was annexed by Russia. Happy 100th birthday to Izvestia newspaper. https://themoscowtimes.com/articles/rise-fall-stagnation-100-years-of-izvestia-57392 Kremlin news agent Sputnik says Russia is supporting the “rebuilding” of Syria through peace talks on its own, and praises it as a defensive military power, in contrast with the “aggressors” of NATO and the US. “It is notable that progress towards a peaceful resolution of the six-year war in Syria has been made in the absence of the United States and its European allies.”

Open Russia coordinator, former political ally of murdered politician Boris Nemstov, and Kremlin critic Vladimir Kara-Murza says he is determined to return to Russia to continue to protest against the government, despite having been poisoned twice in the past two years. Russian whistleblower Alexander Perepilichnyy, who died at his home in the UK in 2012, may also have been poisoned.  The New York Times reports on efforts to save Lake Baikal. Foreign Policy magazine interviewed environmental activist Evgenia Chirikova, who led the movement against the construction of a motorway through Khimki forest back in 2009, on the topic of grassroots activism. “It’s really very difficult to work against Putin’s propaganda,” she said.

PHOTO: Men paint graffiti outside a branch of Sberbank, which is the local subsidiary of Russia’s largest lender, during a protest of members and supporters of the National corp political party in Kiev, Ukraine, March 13, 2017. REUTERS/Valentyn Ogirenko