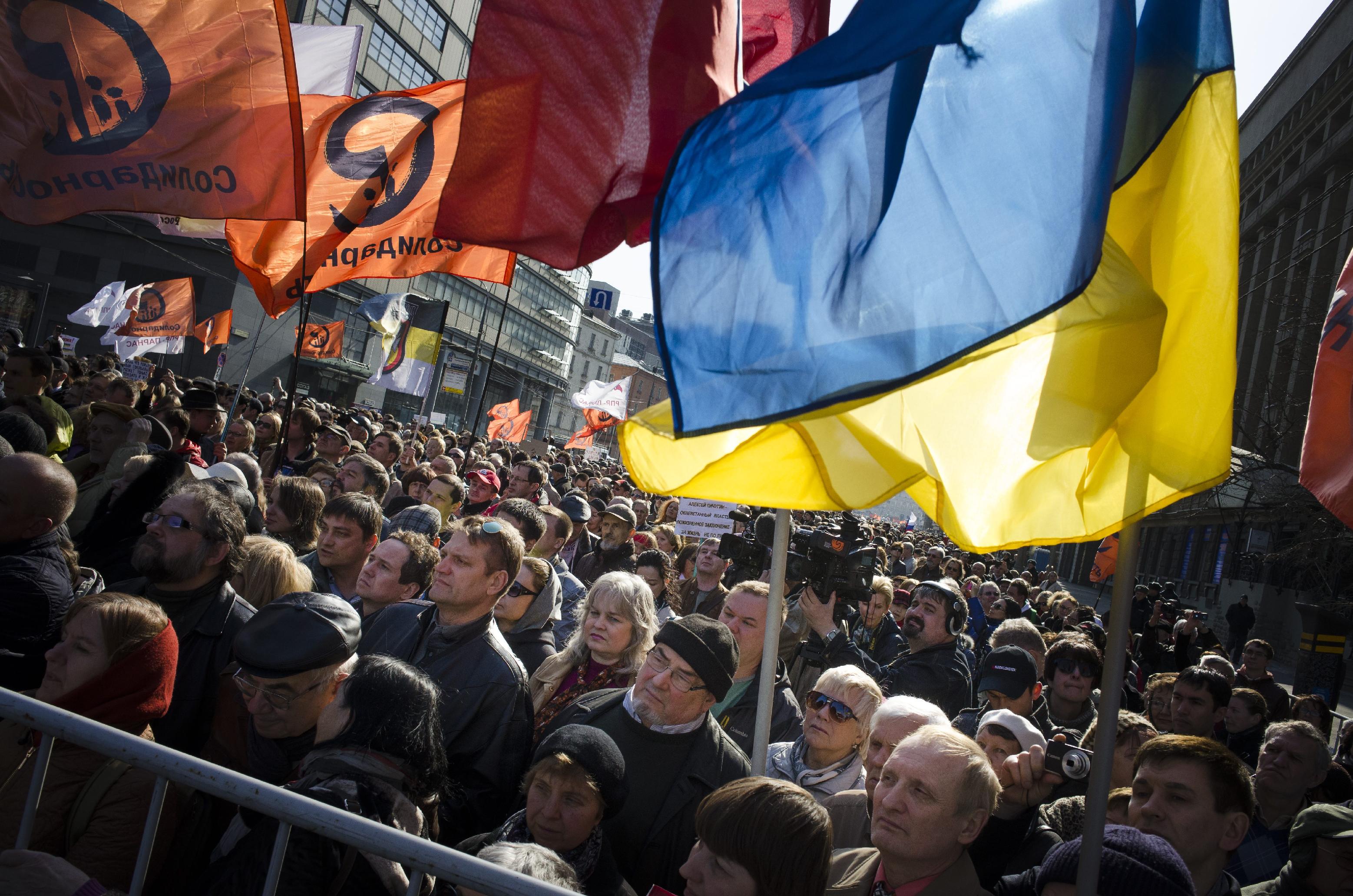 The acting President of Ukraine, Oleksandr Turchynov, announced to his nation in a televised address that it is at war with Russia, and vowed to launch a ‘large-scale anti-terrorist operation’, after Kiev sent troops into government buildings in a bid to remove pro-Russian protesters by force, reportedly leading to deaths and casualties on both sides.  This morning marks Ukraine’s deadline for pro-Russian separatists to disarm or face attack.  Russia says the deadline is effectively ‘a criminal order’.  Russia called an emergency meeting at the UN yesterday to address the situation: the US ambassador accused Russia of having ‘written and choreographed’ the current instability; Ukraine’s ambassador said his country just wants Russia ‘to leave us in peace’.  Russian ambassador Vitaly Churkin says Ukraine needs to end what he called ‘a war with its own people’, dismissed all Western accusations of Russian involvement in the current crisis, and slammed ‘grotesque Russophobia and embedded hatred’ in the Ukrainian parliament.  Perhaps Russia’s aim is to destabilise Ukraine before the latter’s presidential elections next month, says The Economist.  Ukraine’s state energy company, Naftogaz, says it has suspended payments to Gazprom.

Thousands of protesters (3,000 – 10,000 depending on your source) marched in central Moscow yesterday to protest against the crackdown on Russia’s independent news sources, with protesters criticising the government for using the media to lie to its people.  Russian news agencies are reporting that the director of the CIA had a secret meeting with officials in Kiev, and alleging that this meeting was the reason behind Kiev’s plan to use force against pro-Russian separatists.  A website filled with photos and quotations from public figures who have spoken out against Russia’s Ukraine policy invites viewers to suggest their own ‘traitor’ for the page’s records.  ‘Is this 1933 or 2014?’, asks John Freedman, noting a recent patriotic shift in Russia’s media.  Former Yukos head Mikhail Khodorkovsky has published a ‘searing account’ of Russia’s prison system.

The EU will hold talks today to discuss how to toughen up its current sanctions against Russia.  Google maps users now see Crimea appearing within Russian borders – but only if they are surfing from within Russia.  Russia spent a greater proportion of its wealth on arms last year than the US – for the first time in more than a decade.

PHOTO: People with the Ukrainian national and Solidarnost (Solidarity) movement listen to a speaker during a rally against pro-Putin media in Moscow, Russia, Sunday, April 13, 2014. (AP Photo/Alexander Zemlianichenko)