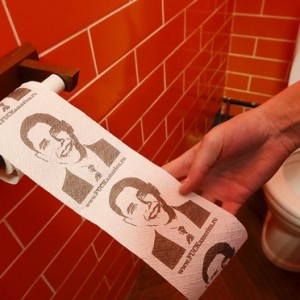 In what an U.S. official has called ‘one of the most aggressive acts in recent memory’, two Sukhoi SU-24 warplanes have flown close to a U.S. guided missile destroyer almost a dozen times in international waters in the Baltic Sea.  The White House said the incident was ‘inconsistent with professional norms of militaries operating in proximity to each other in international waters’.  According to the Ministry of Defense, the flights were performed in accordance with international rules and observing all safety measures.  Today Putin’s 14th ‘Direct Line’ Q+A session, which builds on a tradition ‘where peasants would appeal directly to the czar’ will take place.  ‘In order not to be surprised, Mr. Putin is watching the popular mood very intently’ says Dmitri Trenin of the Carnegie Moscow Center.  Looking back at Putin’s last ‘Direct Line’, RFE/RL sees a legacy of unfulfilled promises.  The western Russian city of Tver has specially postponed plans to cut power supplies to local residents for maintenance work in order to ensure the show will be seen.  The economy is likely to loom large in the questions.  The Financial Times finds that a dwindling labor force may have reduced Russia’s potential economic growth rate to zero.

Opposition leader Alexei Navalny has asked the FSB to undertake an investigation into accusations made by state television that he is a CIA operative.  The Ukrainian authorities have accused Russian special services of trying to fake an interview allegedly given by Ukraine’s President Petro Poroshenko to The New York Times newspaper, in part of Moscow’s ongoing hybrid war with Kiev.  Yevgeny Mataytis, a man with joint Russian and Lithuanian citizenship accused of spying, has been sentenced to 13 years in jail for treason.  Russia has delayed the completion date of a symbolic multi-billion dollar bridge to link the Russian mainland with annexed Crimea by one year apparently due to engineering factors.

A new Freedom House report has found that seven of the 15 former Soviet countries have become ‘consolidated authoritarian regimes’, largely propelled by Vladimir Putin’s ‘naked embrace of autocracy’.  Those unperturbed by this might want to visit a new café in Siberia which has dedicated itself to the Russian leader.

PHOTO: Toilet paper at the President Cafe in Krasnoyarsk, where dozens of photos of Putin hang on the walls. (Ilya Naymushin/Reuters)