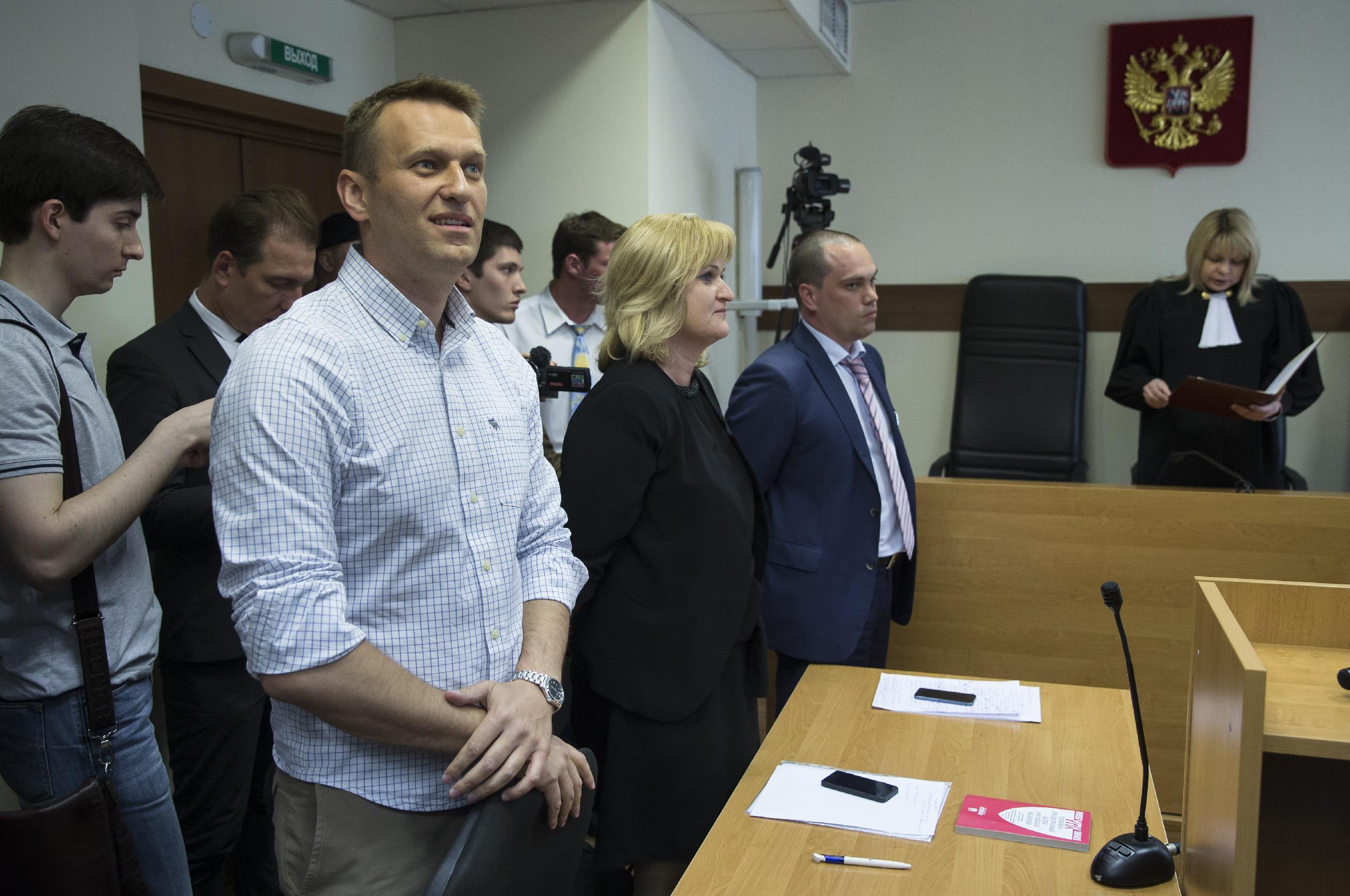 A Moscow court rejected a call that Kremlin critic Alexei Navalny be jailed for violating his suspended sentence. The judge ruled that his violations were not ‘systemic’, counter to the initial allegations, which had sought the replacement of the suspended sentence with jail time.  ‘It looks like the presidential administration decided that the cost of jailing me would be too big for now,’ Navalny said.  The Justice Ministry wants the Prosecutor General to open a probe into Mikhail Khodorkovsky’s organisation Open Russia, to ensure that it complies with the law on NGOs registering as ‘foreign agents’.  NATO’s military chief, Philip Breedlove, says that the nuclear rhetoric deployed by Putin in his discussion of the annexation of Crimea was ‘not responsible language from a nuclear nation’; he also said that the Russian threat should be seen as an ‘enduring and global’ challenge to NATO.  United Russia is to form neighborhood patrols of ‘pro-Kremlin vigilantes’ to thwart petty crime in Moscow.

Benefitting from a weak ruble, United Company Rusal, the world’s largest aluminium producer, has returned to profit in the first quarter of 2015 after a $325 million net loss the year before. Surgutneftegas released a statement denying an earlier Bloomberg report which claimed that its $34 billion cash hoard would be raided by the Kremlin; the company dismissed the report as a mere rumour designed to ‘destabilise the stock market and mislead investors’.  The U.K.’s largest energy supplier has signed a contract with Gazprom to increase its current volume of Russian gas to 40% of total supplies.  The deputy energy minister calmly points out that the current oil price (of $65 a barrel) falls in line with Russia’s earlier forecasts.

PHOTO: Russian opposition activist and blogger Alexei Navalny, second left, stands in a courtroom during the hearing in Moscow, Russia, Wednesday, May 13, 2015, to consider the sentence after being convicted in December 2014 of fraud and given a three-and-a-half-year suspended sentence. (AP Photo/Pavel Golovkin)