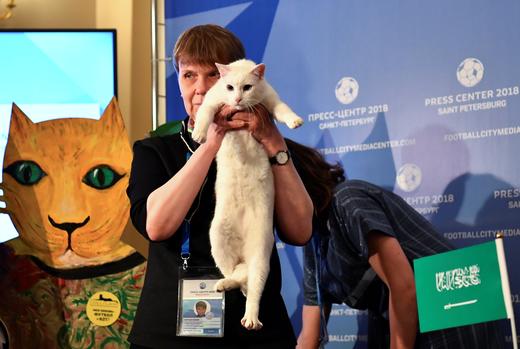 President Vladimir Putin has officially signed his new cabinet into law, reappointing virtually his entire administration. State news organ TASS reported that the new administration sees “major staff members” keeping their prior positions, and Putin had said during his call-in Q&A earlier this month that new bureaucrats would need two years of experience before being able to carry out his ambitious new reforms and, as he put it, “We do not have those two years”. He did, however, fire his main Internet adviser. The Kremlin said that President Trump’s meeting with Kim Jong-Un proved that Putin was right to advocate direct dialogue as the only way to reduce current tensions with North Korea. Russia said that NATO’s new plan to enhance combat readiness in Europe will weaken the continent’s security overall. The names of prominent figures from organised crime in the Soviet Union have shown up on a list of luxury property owners in Dubai. The Interior Ministry has pushed back against claims that it is destroying Gulag records, saying that it is in fact digitising them.

Moscow’s Red Square saw the opening festivities for the World Cup last night, to welcome today’s start of games. Putin will discuss the OPEC agreement with Saudi Crown Prince Mohammed bin Salman at the opening match. The paramilitary units that will provide security during the World Cup, allegedly include Cossacks “who took part in clandestine campaigns in Ukraine and Syria”, according to The Independent. State Duma deputy Tamara Pletnyova urged Russian women to avoid sleeping with foreign World Cup fans, especially those of a different race, warning that it could lead to children suffering. “We should be giving birth to our own children,” she said. An anti-slavery organisation in Moscow said the tournament encourages illegal sex trafficking. Reporters Without Borders is using the World Cup month to campaign against Russia’s “steady decline in media pluralism”. British LGBT+ rights activist Peter Tatchell says the World Cup legitimises Putin’s “abnormal regime”. Oh well. At least they have Achilles the psychic cat.

A regional official in Serpukhov, outside of Moscow, who claimed that the FSB threatened to kill him over his opposition to a supposedly hazardous landfill, has been arrested in an alleged illicit property transfer deal. Electricity was restored to Crimea after an hour-long “total blackout”. Vladimir Kara-Murza writes a scathing critique of Russia’s democratic failures in the context of the G7.

PHOTO: A participant holds Achilles the cat, one of the State Hermitage Museum mice hunters, which attempts to predict the result of the opening match of the 2018 FIFA World Cup between Russia and Saudi Arabia during an event in Saint Petersburg, Russia June 13, 2018. REUTERS/Dylan Martinez