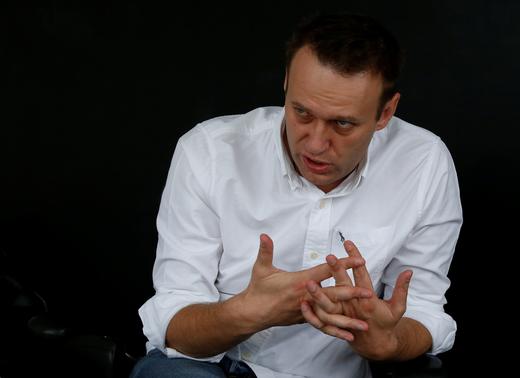 Oleg Alekseyev, a university student in Kaliningrad, says he was harassed by law enforcement and employees of his university after requesting formal permission to stay an anticorruption rally in the city, and subsequently expelled for “unlawful behaviour”. In an interview with Reuters, opposition leader Alexei Navalny said that his wife and two children are being tracked by the security services, but says he will not back down, and that his supporters keep him going (he claims he has 125,000 volunteers). Navalny also said that police have suspended their investigation into the acid attack that almost blinded him earlier this year. Russia’s tech giant Yandex is merging its taxi service with Uber, to form a new company called NewCo. Uber will invest $225 million and take a 36.6% stake, with the new venture to be valued at $3.73 billion. The Kremlin insists that the disputed gas turbines shipped to Crimea were made in Russia (Germany’s Siemens has filed an action against Technopromexport for delivering the turbine units to Crimea). Rosoboronexport has exported $65 billion worth of aircraft since its inception in 2000. RREI, a non-profit partnership registered in 2015 and co-owned by friends of Vladimir Putin, has financial investments of almost $400 million.

Zaur Dadayev, the man convicted of the murder of opposition politician Boris Nemtsov, has been given a 20 year sentence; his four accomplices were given 11-19 year sentences; the mastermind behind the crime remains unknown. The Nemtsov family lawyer said the ruling is “just the start”, given that whoever ordered the “insolent and unprecedented murder, which took place literally opposite the Kremlin”, is still free. The Kremlin says it hopes the mastermind will be found. Foreign Minister Sergei Lavrov dished out some sharp rebuttals to accusations of Russian election interference, arguing that if Moscow really had the power to sway elections, there would have been no such thing as the Ukraine crisis. Russia wants NATO to stop “demonising” the war games it has planned for September; NATO objects to the scale of the exercises, which were rumoured to involve 100,000 troops, in contravention of a Cold War-era treaty that limits them to 13,000; although Mosow’s ambassador to the alliance said that if the number exceeded the limit, observers would be invited. Russia and NATO continue to have their differences, but NATO Secretary-General Jens Stoltenberg said the latest session of the NATO-Russia Council saw “frank and useful” discussion. Both sides are keen to fly warplanes more safely over the Baltic Sea following recent intercepts.

The incomes of Russia’s ten richest women make a total of $3.6 million, with State Duma health committee member Tatyana Solomatina in the top spot. The Independent reports on the former wife of Vladimir Putin, amid rumours that she has remarried a man 20 years her junior. Russians definitely want Jehovah’s Witnesses banned… despite not knowing who they are.