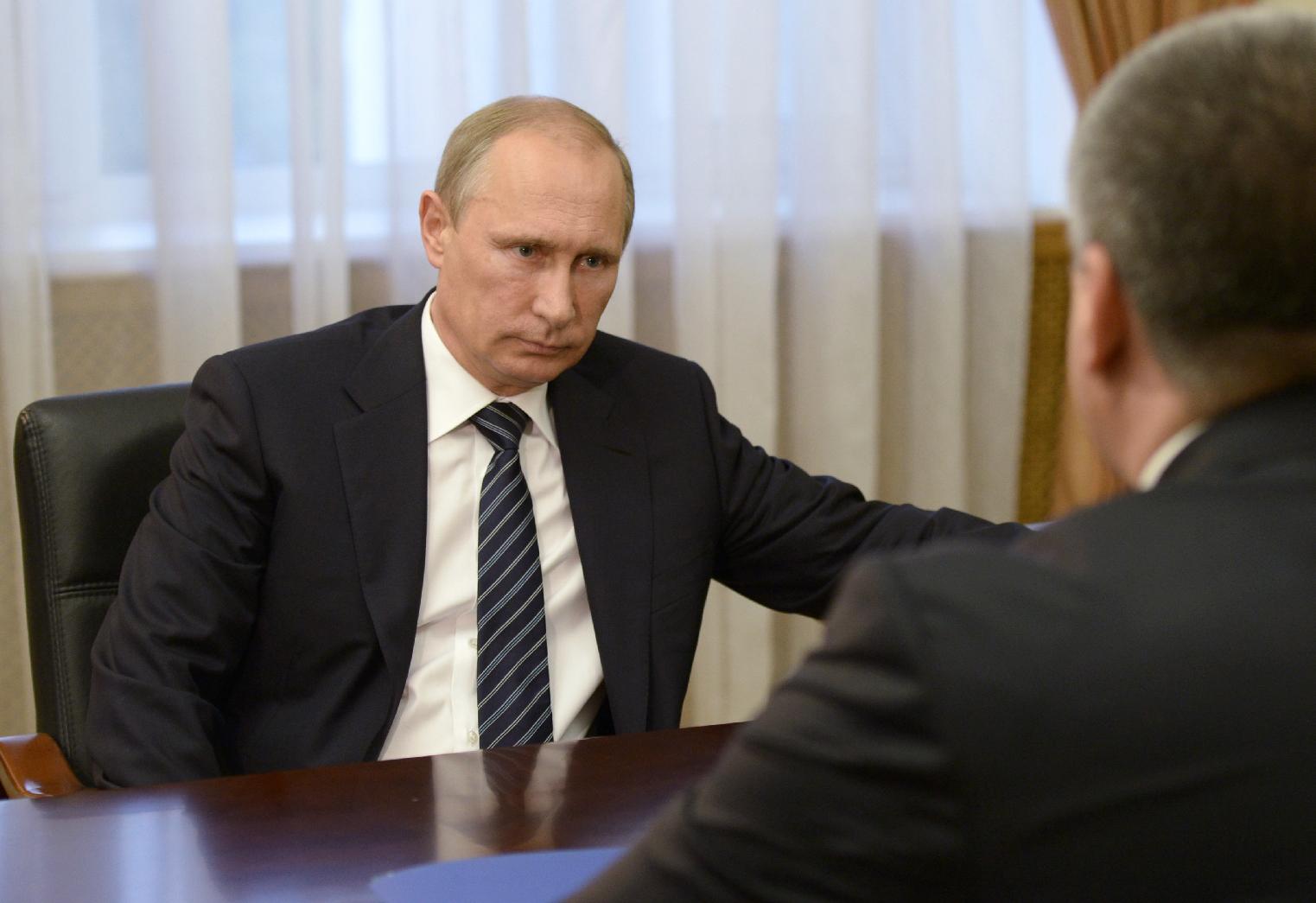 It is still unclear how Ukraine will deal with the 280 repainted military trucks attempting to bring Russian humanitarian aid across its borders, though as of last night the convoy had not turned back and was thought to be halted at a military base in Voronezh.  This report says it is still on its way to Rostov, with a further group rumored to be heading for Kharkiv. It is expected that Russia’s suspension of alcoholic drinks from Ukraine will not affect domestic prices.  Naftogaz says planned Ukrainian sanctions will not necessarily be targeted at Gazprom.  Moscow authorities will test the new produce import ban with target raids on supermarkets.  The ban was not followed by other CIS customs union countries, notes the Moscow Times – proof that the union is far from being ‘a genuine economic alliance’.  Vera Kichanova writes about the new, harsher laws threatening ordinary citizens who protest against the government.

President Vladimir Putin begun his visit to Crimea yesterday, likely pleasing his supporters who strongly approve of his policies there; the President’s approval rating includes a good 66% of Russians who support his Ukraine policy,  somewhat disrupting the Times’ picture of him as an irrational leader: ‘Since his annexation of Crimea, Mr Putin has confounded those who still consider him a level-headed defender of Russian interests.’  America’s accusations that Russia violated its Soviet era nuclear treaty are merely one prong of a ‘massive’ anti-Russian campaign, according to Deputy Defense Minister Anatoly Antonov.  Japan has issued a ‘strong protest’ against Russia for beginning large-scale military exercises on the disputed Kuril islands this week.

Were you wondering which countries import Russian arms?  China is number one, followed by Argentina, and a surprise number three. Economic sanctions have not affected Russia’s arms imports from Europe, according to Rosoboronexport.  Alisher Usmanov is the country’s most generous charity donor, surpassing Roman Abramovich.