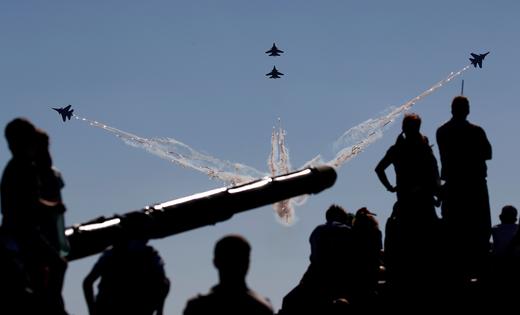 The Kremlin says it needs to conduct detailed research on whether or not it can implement bilateral trade in the national currencies of countries involved, instead of the dollar, but that this plan has been in the works for some time. President Vladimir Putin has not yet ordered any official retaliatory measures against US sanctions; the Kremlin is waiting to see the full extent of the restrictions. A newly-proposed tax on mining companies, put forward by a close Putin aide, has caused Russia’s richest tycoons to lose $3.1 billion in share value. Putin’s environmental initiative to reduce air pollution and increase reforestation and recycling, issued earlier this year, is reportedly facing a $4.7 billion budget cut.

Social network VKontakte has announced new privacy measures, a response to the number of criminal cases sparked by content posted by users of its platform, and to criticism from activists that the company has cooperated with authorities in punishing online activities: “We are resolutely against unjustified persecution for publications on the Internet,” said CEI Andrei Rogozov. Alexei Muzhetsky, a volunteer at opposition leader Alexei Navalny’s Anti-Corruption Fund, has been granted political asylum in the US after receiving death threats in his own country. Responding to US demands to allow chemical weapons inspectors into the country, Russia claims that it eliminated its entire chemical arsenal last year “under strict international control”; the US, it said, is in fact the only member of the Chemical Weapons Convention that still holds significant chemical reserves.

Putin will meet with German Chancellor Angela Merkel this weekend to discuss Syria, Ukraine, and Nord Stream 2. Are the US and Russia secret collaborators on the question of Montenegro?