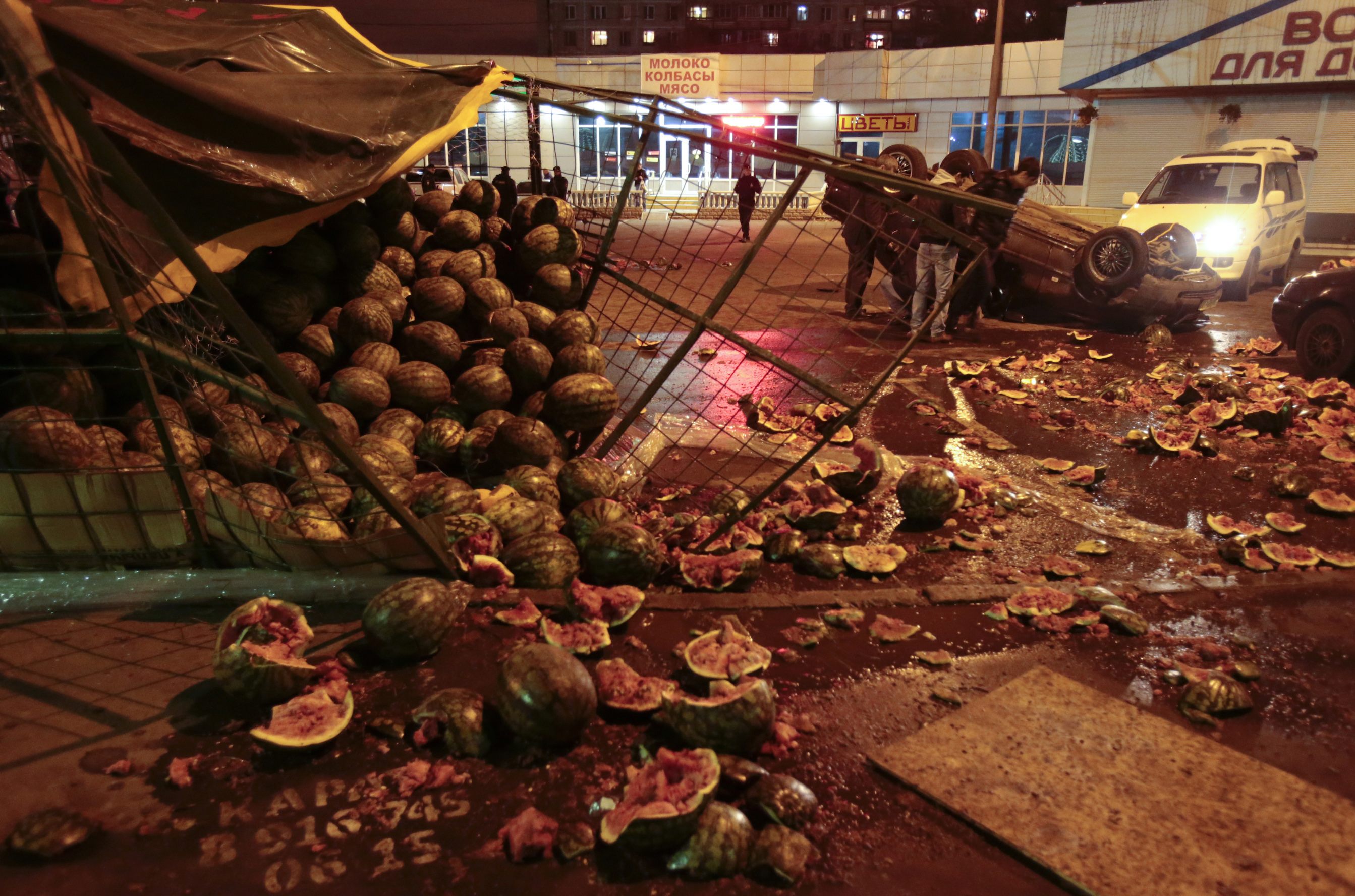 Russian lawmakers were left unimpressed after the Nobel Committee failed to grant this year’s Nobel Peace Prize to President Vladimir Putin. ‘Giving the award to the OPCW [instead] is a politically sophisticated choice, but it looks like a cunning move and a way to avoid giving the prize to those who prevented a war in Syria.’  Anti-migrant and nationalistic riots erupted in Moscow yesterday after a migrant worker was blamed for the murder of a local man.  Crowds of ‘several thousand’ rallied in protest, chanting slogans (such as ‘White Power’) and smashing storefronts (click for video); the protests led to hundreds of arrests.  Extra police have been deployed in the southern Biryulevo region to keep order.  In St Petersburg, 67 people were arrested following a fight at a gay rights demonstration where LGBT activists clashed with (and were outnumbered by) anti-gay demonstrators (including ‘several elderly women who chanted Russian Orthodox prayers’).  The Kremlin’s human rights committee will put forth a proposal for a ‘broad amnesty’ which will recommend that 25% of prisoners convicted of nonviolent crimes be released, as a way of marking the 20th anniversary of the Constitution.

Jailed Pussy Riot member Nadezhda Tolokonnikova has accused authorities of imposing an ‘information blockade’ on her since her hunger strike last month.  She has finally been granted access to her lawyers, although family visits are reportedly still being restricted.  Two Britons being held in Russia in connection with last month’s Greenpeace protest have had their requests for bail denied, whilst journalists rallied in St Petersburg for the release of a Russian photographer detained with the Greenpeace crew.  Belarus’ charges against Vladislav Baumgertner, the CEO of Uralkali, have changed, with the new charge of embezzlement increasing the maximum possible punishment by two years.  The Baikalsk Pulp and Paper Mill, a long-term target of environmental campaigns due to its pollution of Lake Baikal, has finally been shut down.

Sergei Solokov, the deputy editor of Novaya Gazeta, was attacked and robbed of his computer in Moscow.  Alexander Lebedev wants people to ‘stop calling me oligarch or banker,’ and to be known only for his investigative journalism.  The Independent reveals the secrets of the Kremlin.

PHOTO: Men look at an overturned car and smashed watermelon stand after a protest in the Biryulyovo district of Moscow October 13, 2013. REUTERS/Tatyana Makeyeva