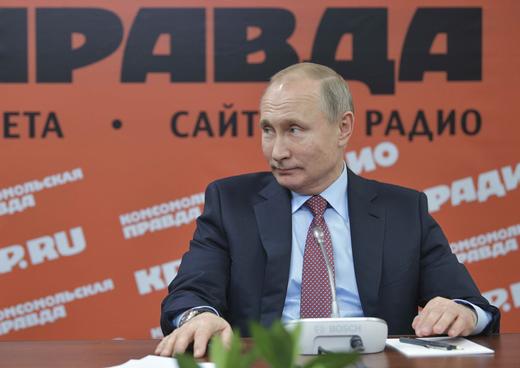 Vladimir Putin has begun his election campaign, using a mix of his past record and recommendations against high expectations (and student coercion?) to impress voters; but given that his win is already assured, all the Kremlin wants is to achieve is a credible 70% voter turnout. Or, as Yekaterinburg Mayor Yevgeny Roizman puts it, “all those who are admitted to the ballot will be participating not in the election of the president of Russia but in the election of Putin.” As it stands, the Russian Public Opinion Research Centre says 81% of those already planning to vote will be voting for Putin, with an estimated 67% turnout. The Communist Party has registered wealthy farmer Pavel Grudinin as its candidate to challenge Putin. Public demonstrations are banned in over 56% of the territory of Novosibirsk, Russia’s third-largest city, compared to just 2% of Moscow and 5% of St. Petersburg. The expanded foreign agents law, which would allow the label to be applied to anyone distributing information through the internet, is making its way through the State Duma.

An excessively regulated banking system has pushed Russia’s banks into surviving through illegal means, says this FT piece, which finds it incredible that the Central Bank has not been able to forecast any collapses. “In the past 15 years, more than 80 per cent of banks have exhausted their clients’ deposits through risky trades and offshore transfers to shareholders’ personal accounts.” The US Treasury Department has released a new list of Russian oligarchs linked to Vladimir Putin that is causing tension because it looks like a sanction list, but is more of a “name and shame”, says Bloomberg. Some listed are already liquidating holdings, and businessmen are apparently seeking advice for how to stay off the list. “The report is expected to amount to a blacklist of Russia’s elite.”

The Energy Ministry says the $70 price of oil has not yet been able to balance the market, and that a longer term of sustained prices is needed. Lukoil CEO Vagit Alekperov says that a continuing oil price of $70 per barrel warrants Russia’s withdrawal from the OPEC oil production cut; the Energy Minister plans to raise the issue at the next ministerial monitoring committee. The Guardian interviews Loveless director Andrey Zvyagintsev about his accidental dissident status.