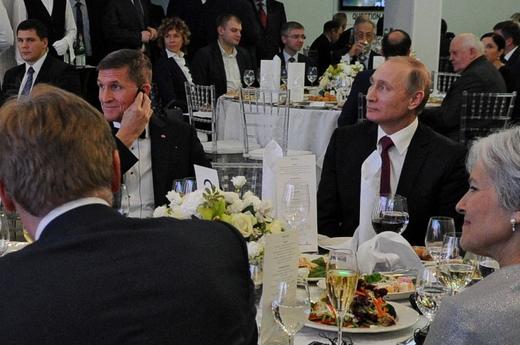 The White House is facing ‘escalating pressure’ to explain Donald Trump’s ties to Russia (already the subject of separate FBI and intelligence committee investigations), after his national security adviser Mike Flynn was dismissed amid claims that he illegally discussed sanctions against Russia before Trump’s inauguration.  The Guardian notes that ‘Trump’s refusal to criticise Putin and his hurry to lift sanctions on Russia have still not been explained.’ Russian politicians reacted angrily to the news of Flynn’s dismissal and leapt to his defence, with one saying he had been the victim of a ‘witch hunt’, and another alleging Russophobia, and many disappointed because they had believed he would be an influential force in the reparation of U.S.-Russia relations.  This piece suggests that repairing relations between the two ‘can begin in Ukraine’. But the White House said yesterday that Trump fully expects Russia to return Crimea to Ukraine and deal with the violence in eastern Ukraine.  Leonid Bershidsky says the Flynn debacle ‘shows how toxic any connection with Russia has become in Washington’.

The prime minister of Montenegro warned Russia and its allies to stop destabilising the country in opposition of its NATO membership bid, in relation to allegations that two senior opposition leaders were involved in a pro-Russian coup plot. (The U.S. just sent 500 NATO troops to Romania.) Russia has apparently secretly deployed a new cruise missile which, the U.S. says, is in violation of an arms control treaty banning them.  The New York Post alleges that a Russian ‘spy ship’ was spotted off the coast of Delaware yesterday.

The Defence Ministry says a Human Rights Watch report alleging its use of chemical weapons in Syria is damaging the organisation’s reputation.  On the still-controversial issue of mixed race marriages in Russia.