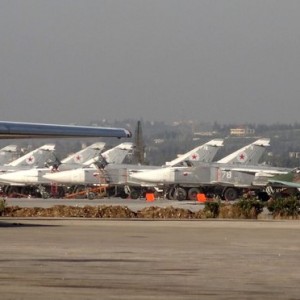 After a five and a half month campaign, President Putin has abruptly announced the withdrawal of the majority of Russian troops from Syria, saying the intervention had largely achieved its objectives.  Reuters’ Josh Coen agrees, suggesting that Moscow has achieved its aim ‘turning the Syrian war into a binary choice for the West between the horror of Islamic State and the brutality of the Assad regime’  along with ‘forcing the United States to acknowledge that Russia plays a key role in determining Syria’s future’.  In the Guardian, analyst Alexander Golts describes it as a ‘pretty brilliant tactical move’.  1,000 Russian military personnel will apparently remain at two bases.  The leaders of Russia’s political parties and senior lawmakers have welcomed the decision, as has the U.N. Security Council, which sees the move as ‘positive’.  The news has buoyed a lacklustre ruble.

Following bilateral talks in Tehran, Iran has expressed its desire to cooperate with Russia in an oil and gas swap mechanism.  Energy Minister Alexander Novak has reassured observers that Iran may participate in freezing oil production after an initial continuation.  The United States and Russia have locked horns at a United Nations Security Council meeting over whether Iran’s test-firing of ballistic missiles last week violated a UN resolution; Moscow arguing no, Washington yes.  Against the odds, giant state lender Sberbank has announced that fourth-quarter profit jumped 48%, thanks to rising fee and commission income.

Whilst Kremlin allies Italy and Hungary say there will be no automatic extension of the European Union’s sanctions against Russia, indicating fractures in the Union’s approach to Moscow, EU foreign ministers have nonetheless unanimously agreed on ‘five guiding principles’ of the bloc’s policy toward Russia.  These include ensuring that Russia adhere to the Minsk ceasefire agreement and supporting civil society initiatives on Russian territory.  ‘[R]idiculous and silly’ is how the Investigative Committee’s spokesman Vladimir Markin has characterized statements made by Poland’s defense minister implying that foul play caused the 2010 Smolensk plane crash that killed the then Polish president.  The share of Russians that think political opposition exists in Russia has decreased from 66% to 54% over the past year.  Less people, 52%, believe that the opposition is even necessary.

PHOTO: Russian fighter jets on the tarmac at the Russian Hmeymim military base in Syria’s Latakia province. (AFP/Getty Images)