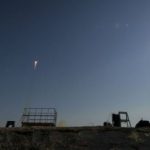 The Soyuz spaceship has blasted off for the International Space Station after a month of delays.  Officials continue to deny that they are planning to close the opposition protest camp on Chistiye Prudy, because it is ‘still technically a street festival’.  Protesters were asked to move off of the grass when police moved in yesterday, but no arrests were made.  The eco camp in Tsagovsky forest, at the edge of Zhukovsky, has been broken up by police and closed off.  Senior Russian officials have lashed out at Western critics, accusing them of failing to acknowledge their own rights violations before lambasting Russia’s poor record.  Rights activists are condemning the prosecution of blogger Maxim Efimov, who has been charged with hate speech for an article about the Orthodox Church.

A Just Russia unanimously voted to expel four members of its party from the Duma for voting in favour of Dmitry Medvedev becoming Prime Minister.  Reuters reports on Deputy Prime Minister Igor Shuvalov’s bids for power in Putin’s government.  Barack Obama and Vladimir Putin deny that they are using summit appearances to snub each other, after it was announced that the former would skip the Putin-hosted Asia Pacific Summit in September.  Russia has warned Kosovo against allowing Syrian opposition rebels to train on its territory.

Property belonging to former Yukos president Vasily Alexanyan, who died last year, has been released by a Moscow court, allowing his family access to his home.  A rare victory has been won for preservationists in Moscow after authorities ruled that the construction of a kindergarten on a centuries-old estate must be halted.

PHOTO: The media photograph the Soyuz TMA-04M rocket launch from the Baikonur Cosmodrome in Kazakhstan on Tuesday, May 15, 2012. (AFP Photo/Bill Ingalls)