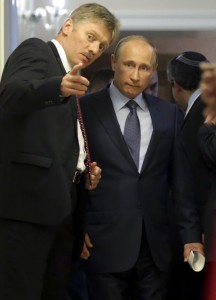 Moscow authorities will not authorise a gay pride parade requested for later this month, saying that ‘there is no need for such events in the city’.  Anton Krasovsky, who lost his job as a presenter for speaking out about his homosexuality on television, discusses the daily fears of living as a gay man in Russia, thanks to widespread homophobia and anti-gay laws.  The Indepedent looks at some of the more high-profile members of Russia’s openly gay community.  President Vladimir Putin met with Israeli Prime Minister Benjamin Netanyahu in Moscow yesterday, with the two pledging to ‘continue our contacts’ about Syria and the problems of regional security.  Russia is opposed to the U.N. resolution, to be voted on this week, that condemns the Syrian authorities and accepts the opposition coalition.  Ten activists were ‘savagely beaten by private security guards’ at a nature reserve near the Khopyor River in the southern region of Voronezh Oblast, in connection with their ongoing efforts to block the mining of large nickel deposits in the area.

U.S. Ambassador to Russia, Michael McFaul, has been summoned for questioning at the Foreign Ministry after the Federal Security Service detained a C.I.A. agent yesterday, apparently as he tried to recruit a member of the Russian secret services.  Video of the arrest has been circulated via Russian news sources.  Ryan Fogle was arrested wearing a blond wig, carrying a bundle of cash and maps, and ‘a rather ham-fisted recruitment letter’.  The bizarre details call to mind the embarrassing ‘spy rock’ scandal of 2006, notes The Guardian; other sources recall recent cases of U.S.-Russia spying.  The BBC reports on the ‘rollercoaster ride’ of U.S.-Russia relations: ‘Whatever happened to accomplishing great things together?’

Prime Minister Dmitry Medvedev is calling for a luxury tax to be introduced by October 15, a proposal initially suggested by Vladimir Putin during his call-in show last month.  The Kremlin is seeking higher dividends (with a rise of as much as 10%) from its state-controlled companies.  The Finance Ministry could raise an additional $2 billion by raising crude oil output taxes.  A 16-year intergovernmental agreement with Azerbaijan has been terminated by Russia, supposedly after its partner failed to ship agreed volumes.

PHOTO: Russian President Vladimir Putin (R) listens to his spokesman Dmitry Peskov prior to a joint news conference with Israeli Prime Minister Benjamin Netanyahu at the Bocharov Ruchei state residence in the Black Sea resort of Sochi, May 14, 2013. REUTERS/Maxim Shipenkov/Pool