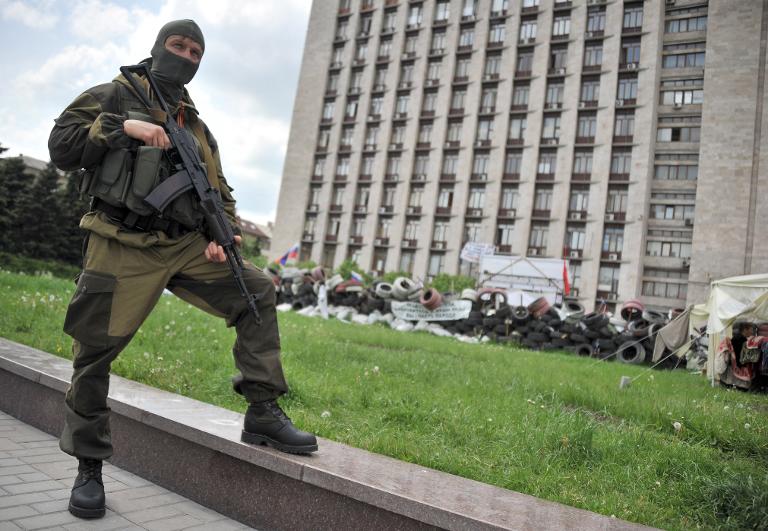 In response to sanctions, Finance Minister Anton Siluanov says Russia is seeking a way to have its largest exporters paid in rubles instead of dollars.  The U.S. asserts that its economic sanctions against Russia are ‘starting to bite’, with effects already visible in tougher lending restrictions for Russian companies – but what will be the effect on the rest of the world? The European Bank of Reconstruction and Development says the global economy will suffer if Russia hits a recession, as it is expected to: economic growth for the first quarter was ‘probably the slowest since 2009’, says Bloomberg.  President Vladimir Putin says he wants Russia’s defense industry to become self-sufficient and end its reliance on foreign parts.  Former U.S. President Bill Clinton has warned world leaders that Putin is on a mission to ‘re-establish Russian greatness’.  An oil price per barrel of $60 might thwart Russia and combat the West’s ‘diplomatic fecklessness’, says the WSJ.  The State Duma has submitted a bill that would criminalise GMO-related activities.

State Duma Speaker Sergei Naryshkin says Russia may not recognise Kiev’s newly elected government after the elections later this month.  According to Foreign Minister Sergei Lavrov, Ukraine is ‘as close to civil war as you can get’; he says the Kremlin believes that American mercenaries are operating in Ukraine; he also insisted that Russia does not see Ukraine as its ‘backyard’, though noted a ‘psychological historical family feeling’.  Transneft says it could ‘easily redirect’ the oil that it ships through Ukraine if problems arise, suggesting that Russia may use oil as its next weapon against the country.  Prime Minister Dmitry Medvedev says gas talks will be resumed once Kiev pays off at least some of its debt to Gazprom. He also says that Moscow might consider revising the current price, but that it would be ‘a question for negotiations’.  Ukraine is seeking a court order that would require Russia to continue its natural gas supplies during arbitration.

Six new NGOs have been subjected to unannounced inspections this week, suggesting the onset of a new wave of intimidations.  The New Republic says state television is helping anti-Semitism to profligate in Russia.  The Health Minister says Russia is making progress in the fight against AIDS and HIV, but government policy prohibiting methadone substitution may be the reason why Russia is the only country in the G20 and the BRICs where HIV numbers are increasing.  The Kremlin is boosting its Federal Space Agency budget by $52 billion.

PHOTO: An armed pro-Russia militant stands guard near the regional state govt building seized by separatists, in the centre of the eastern Ukrainian city of Donetsk, on May 13, 2014 (AFP Photo/Genya Savilov)