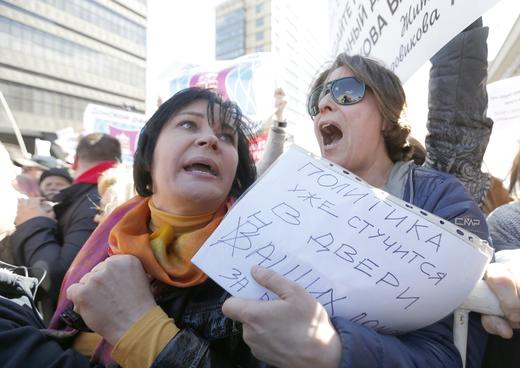 Russia was the victim of a malicious cyber attack by a software known as WannaCry, which froze computer systems in several countries, but most dramatically affecting Russia; the Interior Ministry reported attacks on about 1,000 computers. The Central Bank said it also detected massive cyber attacks on domestic banks, although they were successfully thwarted. The US authorities have reached a $5.8 million settlement with the organisation linked to the massive alleged money laundering scheme uncovered by lawyer Sergei Magnitsky in 2007 (Magnitsky was subsequently murdered in pretrial detention, and a US law was subsequently named after him, targeting officials originally alleged to be involved in the scheme). The case was settled just three days before jury selection was due to begin. US President Donald Trump said he was thinking of the “Russia thing” when deciding to fire former FBI head James Comey. US Secretary of State, Rex Tillerson, says Russian interference in the 2016 US election has been “well documented”, and that there is no question that Russia was involved.

Tens of thousands of people marched in central Moscow yesterday (30,000 according to organisers, 8,000 according to police) to protest the planned mass demolition and replacement of about 4,500 huge apartment blocks build in the 1950s and 60s, currently home to about 1.6 million people. Protesters see the plan “as a ruse to make way for high-rises in some of Moscow’s leafiest areas,” says the Guardian. Police forced Alexei Navalny to leave the protest. On Friday, 11 activists were detained on Moscow’s Red Square for reading the constitution out loud. A consortium led by the Russian Direct Investment Fund is planning to invest $1.6 billion in a Moscow real estate development project on the former Tushino airfield. Russian television removed several unflattering references to Vladimir Putin from two recent episodes of “Fargo”.

A ballistic missile fired by North Korea landed in the sea near Russia yesterday. President Vladimir Putin played a little Soviet-era piano at Xi Jinping’s residence in Beijing yesterday. Trade between Russia and China will grow to $80 billion by the end of this year. http://tass.com/economy/945798 A new banner to “great, dear Stalin” has gone up at Moscow’s Sokolniki metro station. The Moscow Times picks apart the recent Russia-US “photo scandal”, in which state-owned TASS was the only source to be allowed to take photographs at Foreign Minister Sergei Lavrov’s visit to the White House last week.

PHOTO: Residents attend a demonstration to protest against the decision by authorities to demolish soviet five-storey houses in Moscow, Russia, May 14, 2017. REUTERS/Sergei Karpukhin