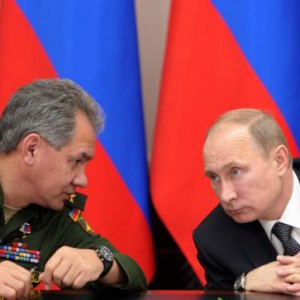 At the behest of President Putin, military forces across Russia are to begin surprise inspections to test their combat readiness.  This news comes just after NATO announced it would send a new force to Russia’s border next year.  Rosneft CEO Igor Sechin has told Italian newspaper Il Sole 24 that Russia is considering selling almost 20% of the state giant to ‘strategic investors’ in a private transaction as opposed to attempting to raise the money through a public offering, the rationale of which he apparently doubts.  He asserted that the company is currently undervalued on global markets due to Russia’s economic woes and low oil prices and that a ‘sharp increase in competition on global energy markets’ would be the challenge facing the state in years to come.  After a two year absence due to the sanctions on Russia over Ukraine, Exxon Chief Executive Rex Tillerson will apparently return to the St. Petersburg International Economic Forum, indicating, Reuters suggests, that the hardened stance of Western business leaders against Russia might be softening.  More than half of Europeans apparently disapprove of EU policy towards Russia, with 48% saying they believe economic cooperation with Russia to be more important than having a punitive stance on its foreign policy.

Although it officially denies it, Russia’s biggest lender, Sberbank, is reportedly considering selling its Turkish unit Denizbank to focus on its core domestic market.  Russia has made its debut on the world’s ‘soft power’ rankings, coming in at 27th place out of 30.  After the weekend’s violence at the Euro 2016 football tournament, UEFA has imposed a suspended disqualification and fine on Russia.  The leader of the Parnas opposition party in the city Ulyanovsk, Alexander Bragin, has been assaulted by three men.

Hackers linked to the Russian government have managed to breach the Democratic National Committee’s system and steal research files on Donald Trump.  In a move that will doubtless irk Moscow, the U.S. Senate has again backed new legislation, based on the Russia-oriented Magnitsky law, that broadens executive authority to sanction human rights abusers worldwide.