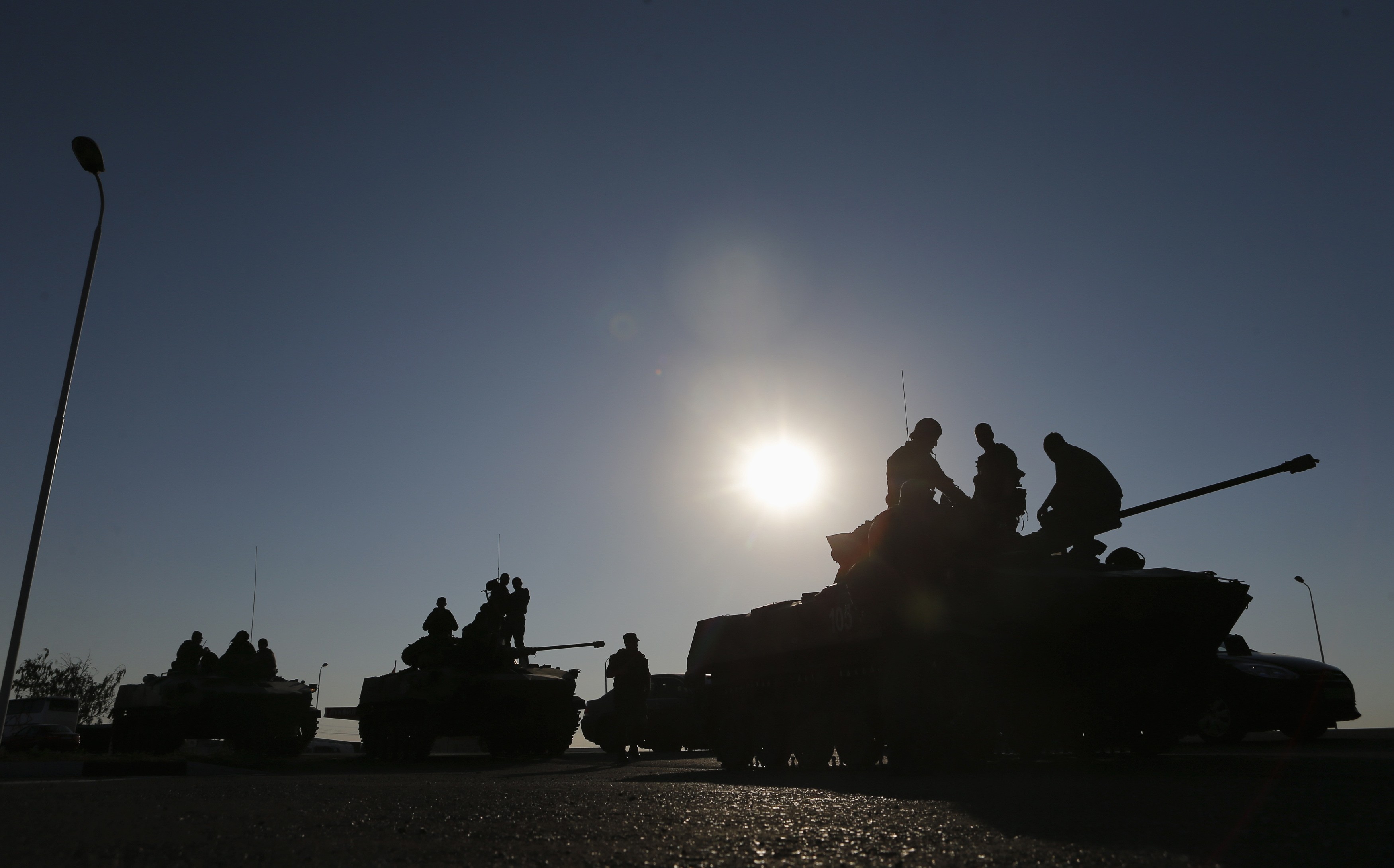 The Kremlin unexpectedly canceled the live feed of President Vladimir Putin’s much-hyped speech in Crimea yesterday; and the video of the speech released afterwards contained no audio.  The speech saw Putin adopting a softer tone than usual, vowing to halt violence in eastern Ukraine and generally demonstrating ‘a more peace-minded stance’.  The Moscow Times says the speech had a ‘reconciliatory’ tone, and that it argued against excessive confrontation with the West.  Russia’s disputed humanitarian convoy is now ‘heading straight for rebel held areas’ in Ukraine, after apparently pausing last night to let a number of military vehicles across the border into Ukraine. Donetsk ‘is starting to resemble a war zone’; gas and electricity infrastructures have been devastated, and the U.N. says the region’s death toll has nearly doubled in the past two weeks to over 2,000.  The hacking of Prime Minister Dmitry Medvedev’s Twitter account is under investigation, after a series of satirical tweets were posted, including one announcing his resignation due to embarrassment.

An official program securing Russia’s independence from Western imports will be approved in October, but it will take more than a few months of isolationism to really make serious improvements to Russian agriculture, says this piece.  The Economist ponders the likelihood of a Russian-EU trade war and jokes about ‘Belarusian mussels’; the FT notes the gravity of the ban for the cosmopolitan Russian diet: ‘By alienating its neighbours, Russia has deprived itself not just of Australian kangaroo meat but of Moldovan wine, Ukrainian chocolate and Georgian tangerines.’

In a bid to help it survive Western sanctions, oil giant Rosneft is seeking a $42 billion loan from one of Russia’s major pension funds – which it is not expected to get.  ‘Most economists expect that sanctions will tip Russia’s fragile economy into recession.’  Ukraine is demanding that Russian airlines Aeroflot and Transaero obtain permission for every flight across its territory, due to conflicts about Crimean territory.  Russia has sent more than 30% of its oil exports to Asia this year – the most ever.